Longtime nomadic campus preacher Brother Jed Smock just announced on Facebook that he and his family will soon be starring in their own reality TV show on Country Music Television (CMT) tentatively titled “Brother Jed & Company”:

(The producer, Roger Nygard, may be better known as the director of the 1997 documentary Trekkies. Here’s a 2011 interview with him on the Oh No, Ross and Carrie podcast.)

Brother Jed, of course, has a long history of provoking college students with his anti-gay, hellfire-and-brimstone rhetoric. Then again, he’s also been a fantastic recruiting tool for atheist groups nationwide.

In 2010, this picture featuring his wife “Sister Cindy” made the rounds online: 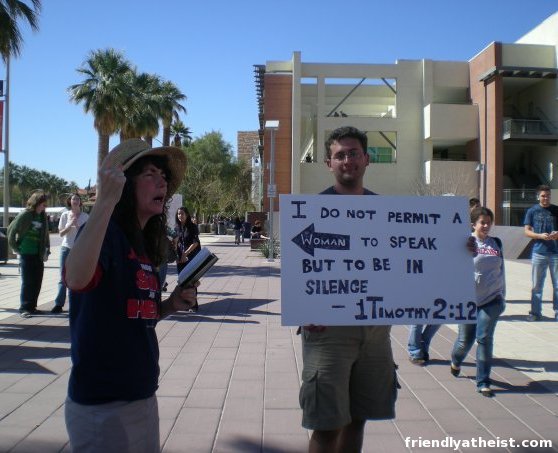 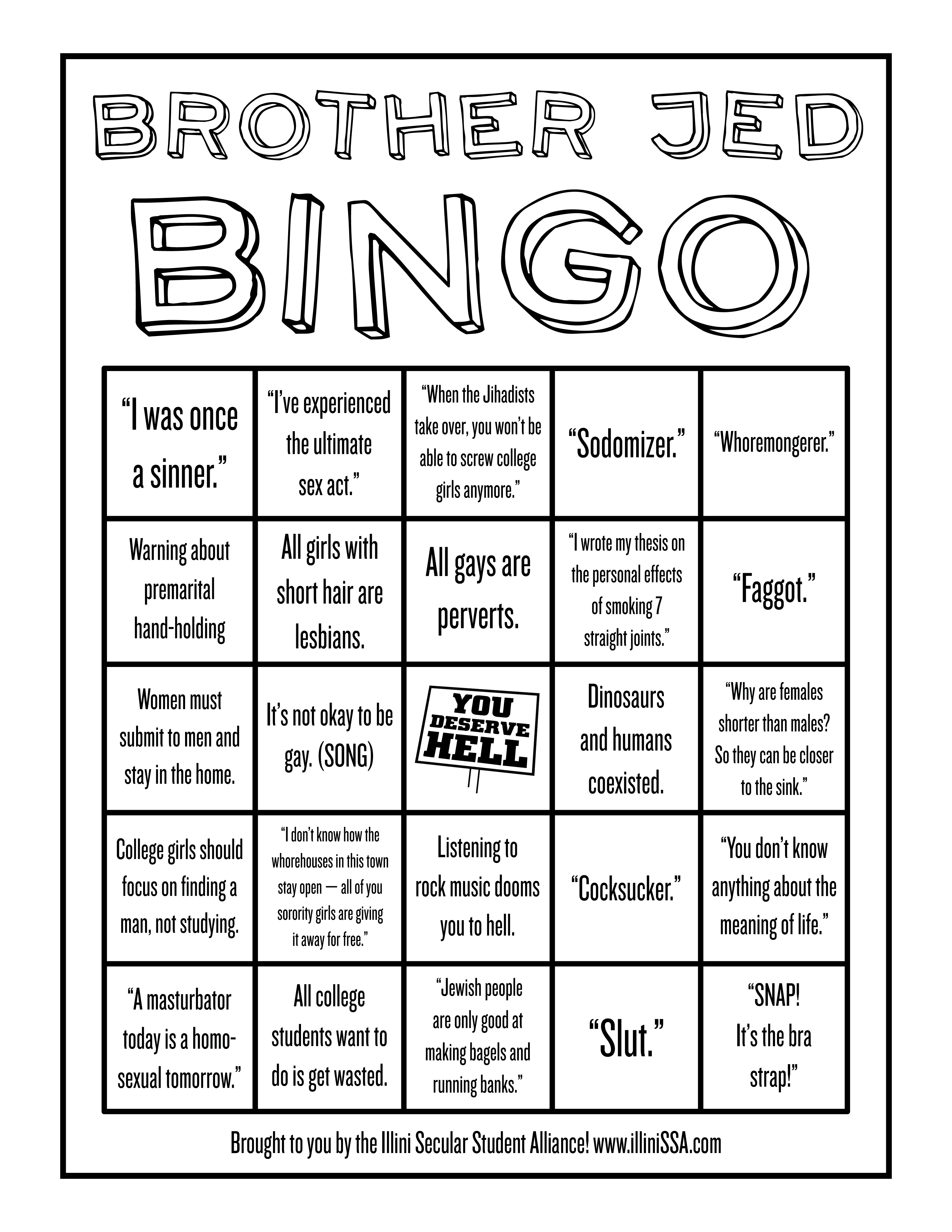 Personally, my favorite moment was when a student preached about boots right next to Jed, forcing him to sit down and remain silent: 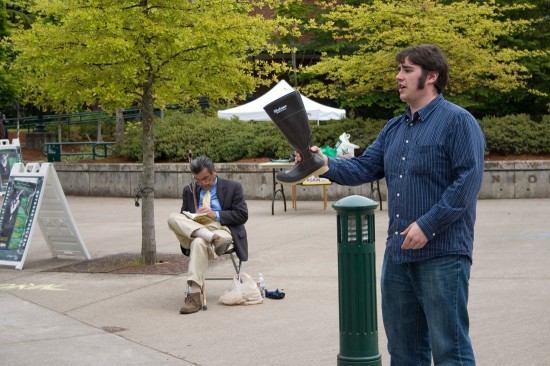 It’s not always bad, though. Atheist groups love getting their picture taken with Jed 🙂 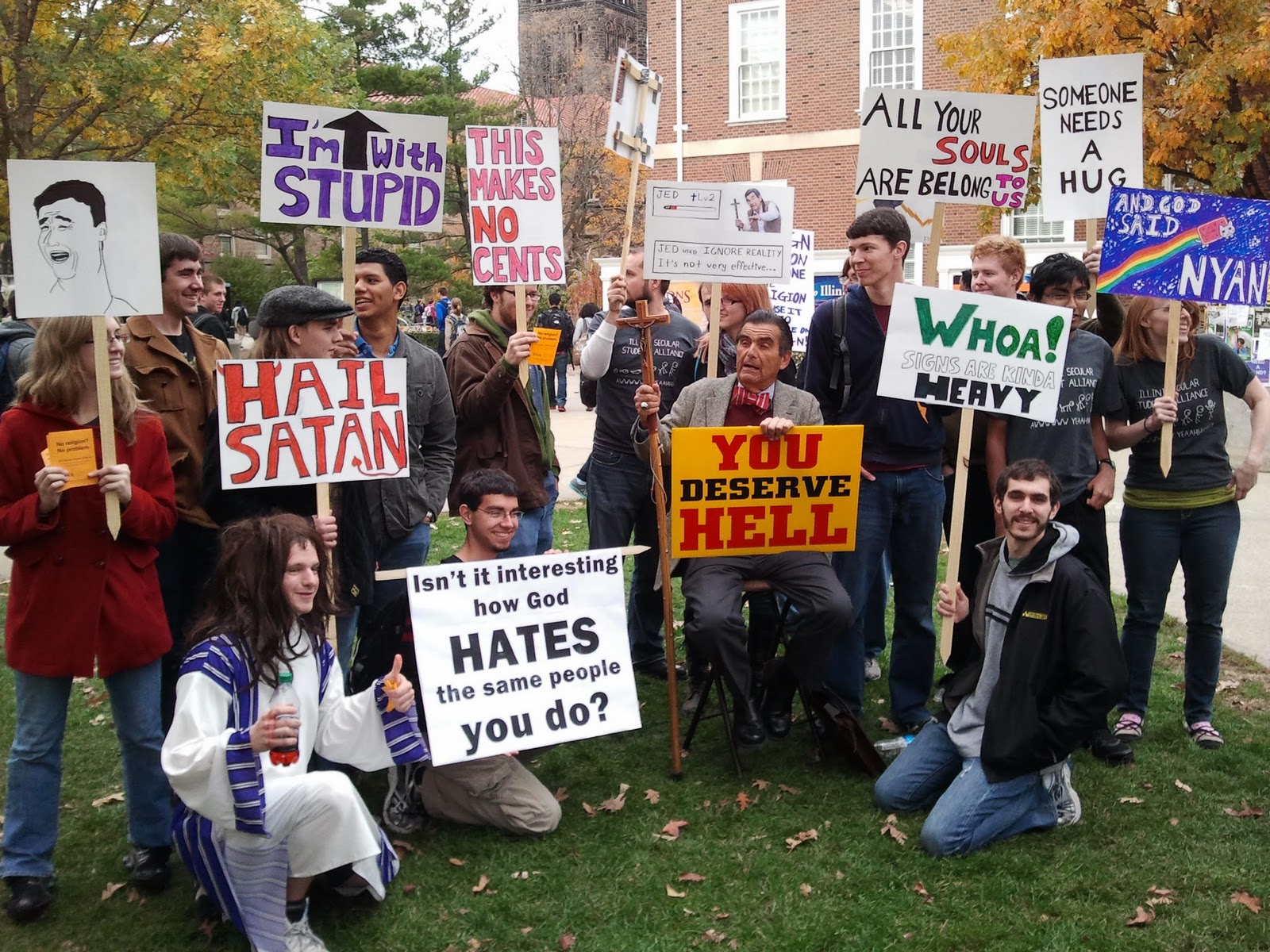 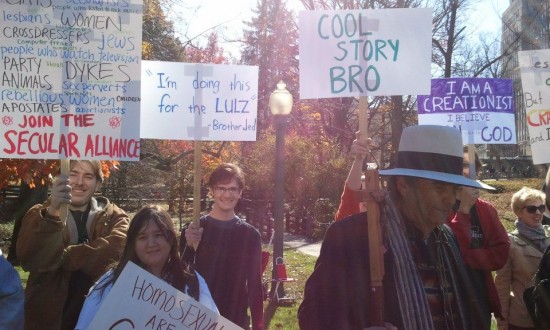 Who knows, maybe this show will be free publicity for atheist groups!

Keep in mind that while a pilot for the show will be filmed, there’s no guarantee of a series — or even a guarantee that the show will be aired. But there’s a recent trend of showcasing nutty Christians for all to see — note the “Teen Exorcists” documentary and National Geographic Channel’s “Snake Salvation” — and this show would fit right in.

September 18, 2013
The Book of Genesis: Erotica Edition
Next Post

September 19, 2013 God's Sending Us a Message
Browse Our Archives
What Are Your Thoughts?leave a comment