Rabbi Adam Frank, based in Jerusalem, is a little embarrassed by Judaism’s chicken-twirling tradition.

For those not in the know, Kapparot is a Jewish ritual, performed on the eve of Yom Kippur, in which a self-identified sinner swings a live chicken over his head three times, while reciting “This is my exchange, my substitute, my atonement.” What does that do, you ask?

It transfers the person’s sins to the doomed bird.

I swear I’m not making this up. Afterwards, the chicken is slaughtered — and YHWH, we are left to infer, is just pleased as punch.

Frank says that the whole thing bothers him because he’s seen the birds get neglected, starved of food or water, in the days before it’s even time to swing and kill them. Also, he says,

“Christianity took the idea of sacrificing a live something for the sake of humanity and Judaism finds that an anathema, and yet kapparot is that very thing — transferring sins onto a chicken and sacrificing it.” 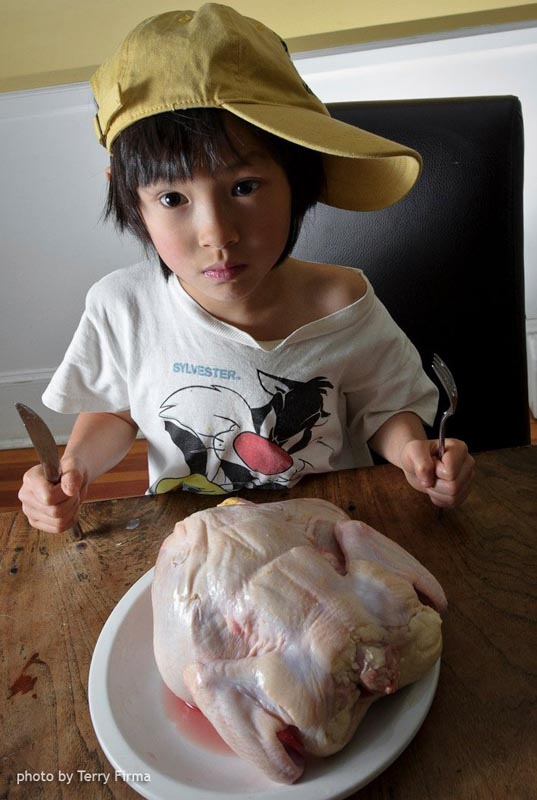 Good point. But most of all, I was heartened by this objection of his:

“This issue has become one that’s in the public eye, and if it’s an issue that reduces people’s respect to Jews and Judaism, and it is not one that is mandated by Jewish law, which kapparot isn’t, then it is something that needs to really go to the side of history and be reevaluated.”

It reduces people’s respect for Jews and Judaism. Yes, Rabbi, I’m sure it does. Kapparot is, on its face, hilariously primitive and dumb. It’s also an epic moral cheat to use a chicken as a sin absorber. In almost any other context but religion, the practice wouldn’t just be seen as strange; reasonable people would probably agree that a habitual chicken twirler is a serious candidate for the mental ward.

What Frank’s comment says to me is that, yes, it is worth it to call out the folly of religious rituals such as these. It works (sometimes at least), because even clergy members, whose identity and source of income are thoroughly wrapped up in the traditions of their chosen faith, can get flustered by spiritual expressions of their flock that the rest of the world quickly deems bizarre and laughable.

For their sake and ours, let’s keep laughing.

September 17, 2013
What Has Religion Done for Us This Month? Episode 10
Next Post