College Atheist Group Catches and Confronts Someone Ripping Down Its Flyers

This week, group leaders created flyers to promote their weekly meetings. The flyers were approved by the office of Student Life, so group members had permission to place them on certain campus bulletin boards. 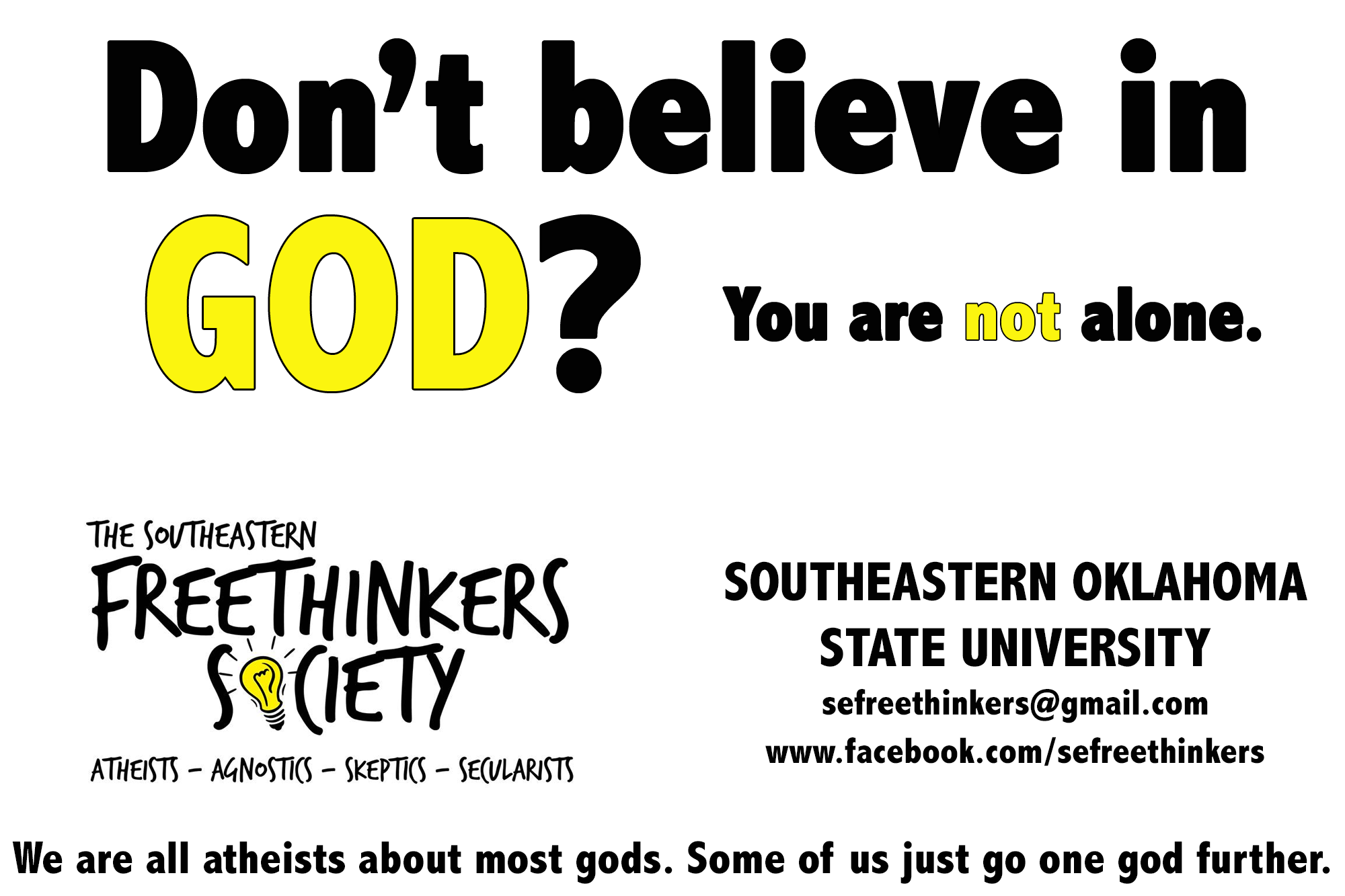 It features a message that we’ve seen on many atheist billboards: “Don’t believe in God? You are not alone.” That harmless, or dare I say “shocking,” message still rubbed some students the wrong way.

Normally, when you put up flyers, you only notice a day or two later that they’ve been written on or torn down. There’s no evidence and little recourse you can take except to put new flyers up (maybe with a sarcastic message on it reading, “Please don’t tear me down! God is watching you”).

This time, though, group members decided they would monitor the flyers in some of the more popular spots on campus, just to see if they could catch anyone doing the deed.

Turns out they did. After a student and his friend ripped down one of the atheist flyers, a group member confronted him about it — and got the whole exchange on camera:

You can tell the guy in the green shirt is embarrassed that he got caught.

He tries to deflect what he did by asking if the group member has permission to videotape him (he does in Oklahoma, since this all took place in public space) and then says, “Well, I have freedom of rights as well”… which is complete gibberish. As the group member explains, that right doesn’t extend to vandalism of campus approved materials.

It’s a quick, civil discussion. The guy in the green shirt doesn’t quite apologize but he walks away without further confrontation, kind of like you might after getting stopped by a cop for speeding but being let off with just a warning. You get the feeling he won’t be ripping down any more flyers in the future. Let’s hope not, anyway.

In the meantime, if you’re a student at SOSU, consider attending the next meeting Thursday night. There are more details on the group’s Facebook page.

(Thanks to Chance for the link!)

September 17, 2013
I Don't Think I'll Listen to This Pastor's Advice
Next Post

September 17, 2013 Annaka Harris' New Children's Book Extols the Virtue of Saying 'I Don't Know'
Browse Our Archives
What Are Your Thoughts?leave a comment