The controversy involving Syria has 32% of Americans thinking that it’s all part of the “end times” as told in the Bible.

A third of Americans seem to think there will be a Left Behind novel written about Syria.

More specifically, 26% of Americans think that the Syrian conflict is foreshadowing Armageddon.

This is all according to Christian pollsters LifeWay Research: 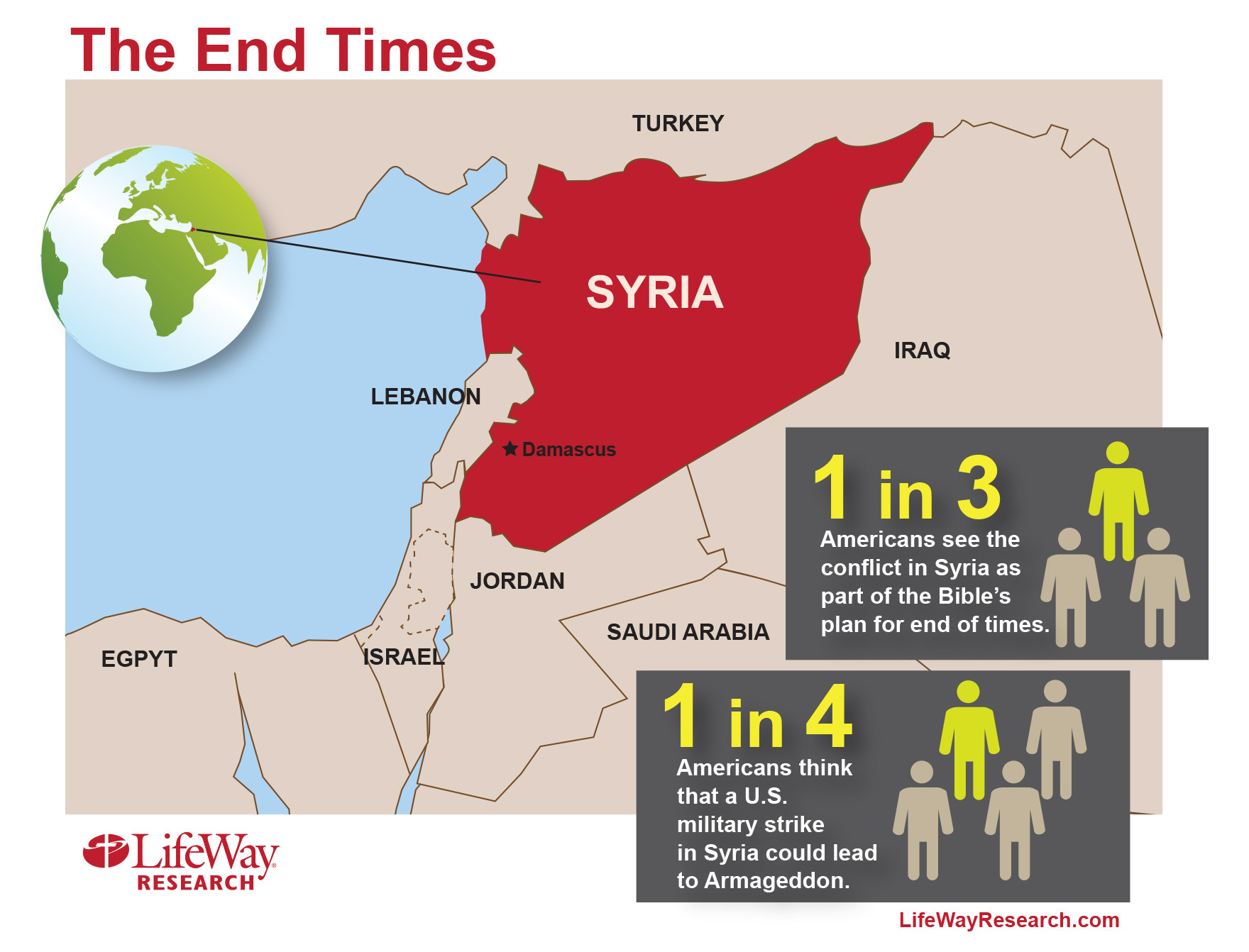 Previous U.S. military action, like the war in Afghanistan or air strikes during 1990s war in Bosnia, didn’t get the same reaction, said [LifeWay Research President Ed] Stetzer. But the fact that Syria shares a border with Israel, and is specifically mentioned in the Bible, has people thinking about the end times.

Most premillennial dispensationalists believe Christians will instantly disappear from the earth during an event called the rapture, followed by seven years of war and catastrophe. After the battle of Armageddon, Jesus will return and set up his kingdom on earth.

A third of Americans buy into that bullshit.

If you looked at the demographics of those results, the stereotypes were in full force: Poor people and Southerners were far more likely to believe this nonsense than rich people and Northerners (not that their numbers are anything to brag about): 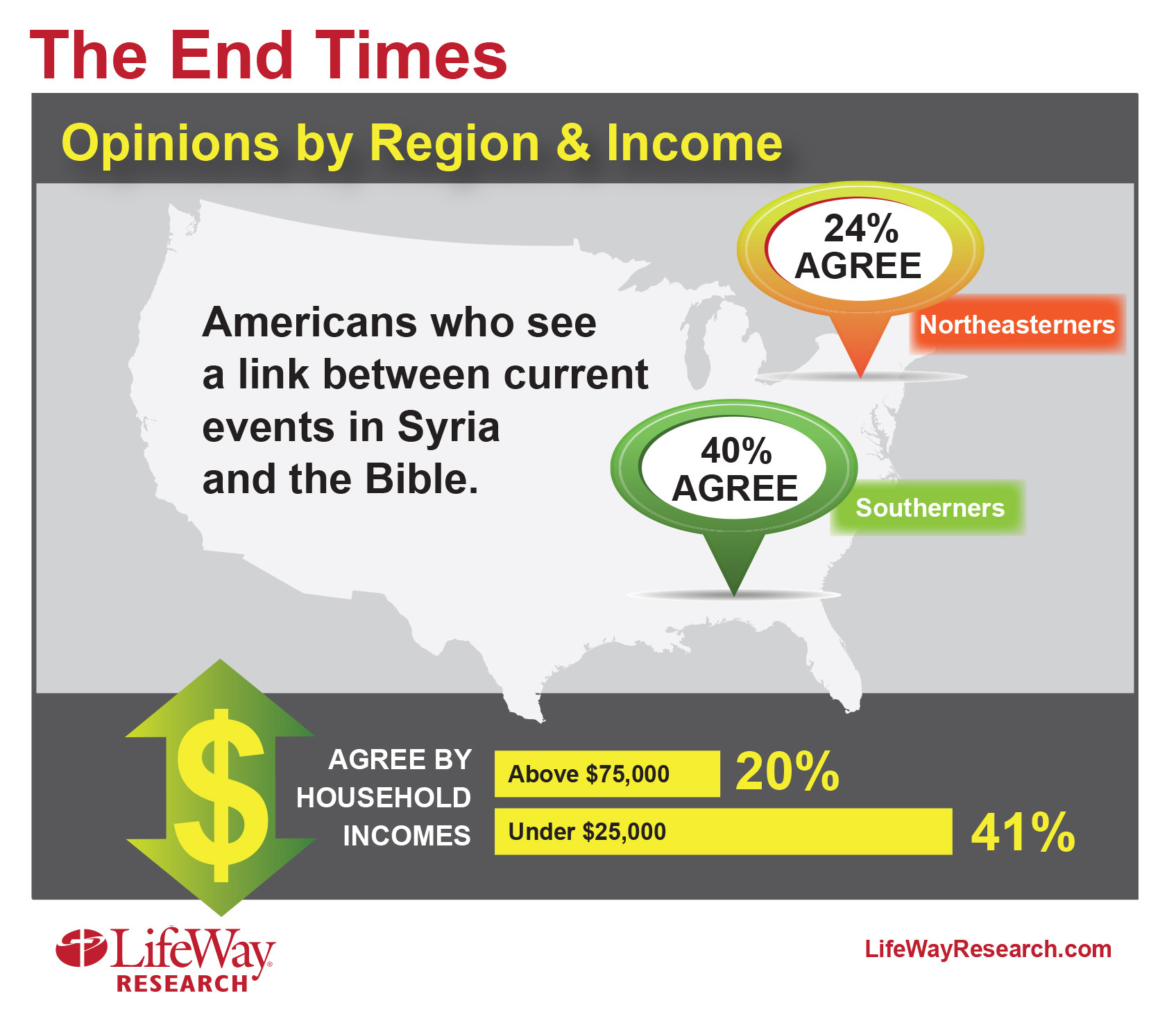 Women (36 percent) are more likely than men (28 percent) to see a link between current events in Syria and the Bible.

Those who attend worship once or twice a month are more likely to see a tie between Syria’s trouble and the book of Revelation (51 percent agree), as are evangelical, born again, and fundamentalist Christians (58 percent agree.)

Fewer of those who rarely (25 percent) or never attend (14 percent) agree.

Millennials shouldn’t pat themselves on the back yet, though. Check out how many young people think the world will end in their lifetime:

About a third (32%) of evangelical, born-again, fundamentalist Christians believe the world will end in their lifetime. 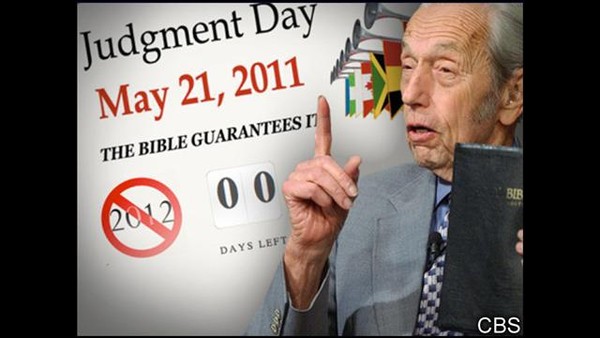 A quarter of Millennials think he was on the right track!

You know what? If you live outside of America, you should seriously send all of us atheists here amazing Solstice presents because we have to deal with these people on a daily basis.

The poll was conducted via a phone survey of 1,001 Americans earlier this month. No word on what the margin of error was.

September 15, 2013 Richard Dawkins is Not the Atheist Version of Pat Robertson
Browse Our Archives
What Are Your Thoughts?leave a comment