This is a page from a planner given out to the 3,000 students at Pieter Zandt, a Protestant reformatory school in the Netherlands (click to enlarge): 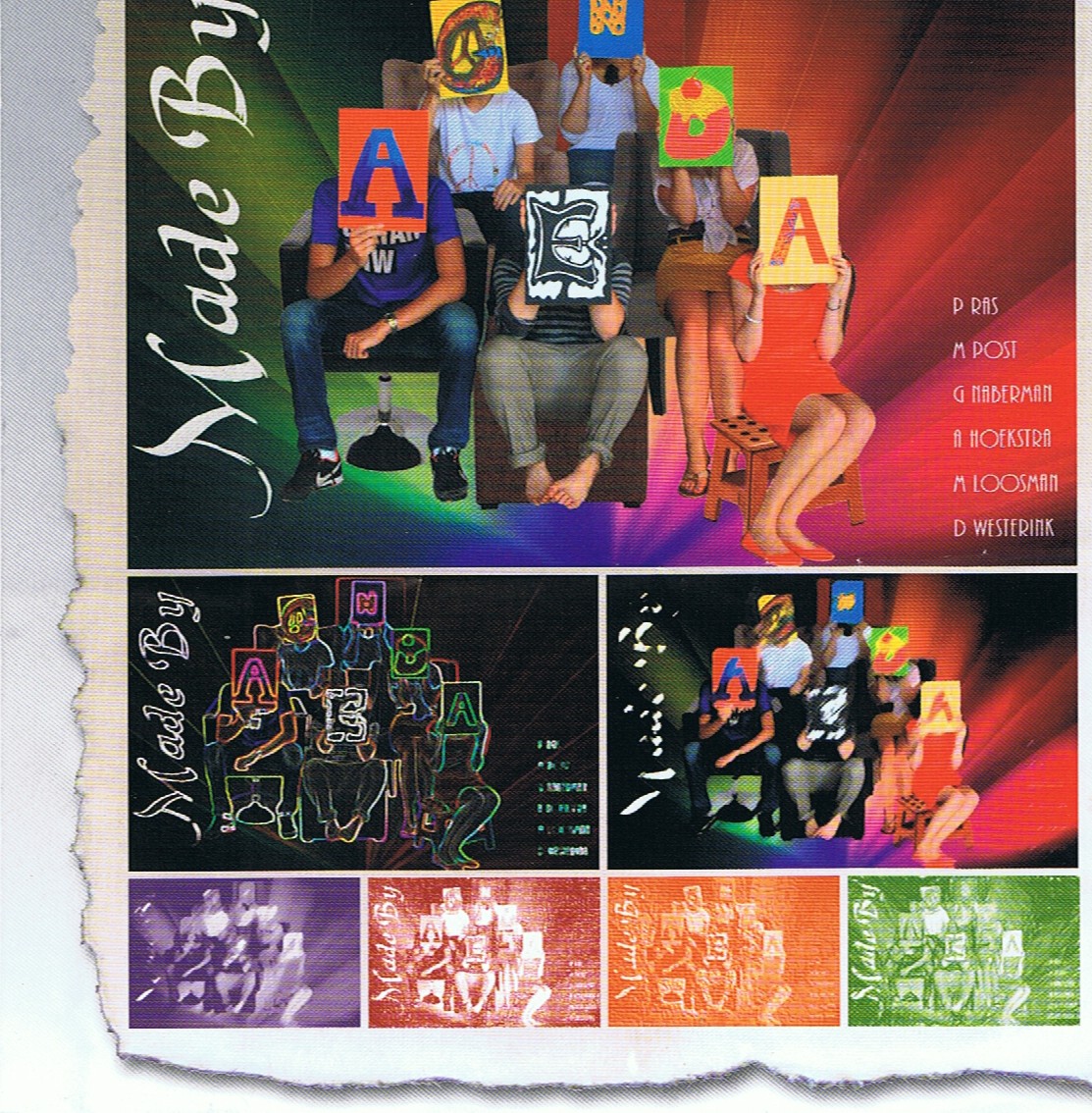 See anything wrong with it?

Check out that one guy’s shirt. With the peace sign on it. That’s the problem.

Parents complained to the head of the school because they believed the symbol to be a sign of the Antichrist.

Even worse, the school’s chairman agreed and destroyed all of the planners:

School board chairman Johan van Putten told Trouw that after checking with Google, he found the peace symbol is a ‘Nero cross’ which in Roman times represented the torture and killing of Christians and has now come to be associated with Satanists.

van Putten told Trouw he realises wasting good paper is a poor example to his pupils. ‘But you have to understand, it was the lesser of two evils,’ he told Trouw.

According to website Goedgelovig, the diary was designed by six pupils. Pownews says replacing the diaries has cost €15,000.

I’d love to know what search terms van Putten typed in that told him the peace sign was Satanic and not about, you know, peace. How afraid is this guy of the parents at his school that he’s unable to write them back a letter saying, “You’re wrong”? Nope. Too difficult. Much easier to just waste their money instead of correcting their misconceptions, I guess.

September 11, 2013
Humanist Celebrants Will Offer Free Wedding Services to Same-Sex Couples in the Military Through 2013
Next Post

September 11, 2013 The Cross Must be Removed from the 131-Year-Old City Seal of DeLand, Florida
Browse Our Archives
What Are Your Thoughts?leave a comment