I absolutely love this promotion: In honor of the fact that same-sex spouses in the military will soon receive full benefits, members of the Humanist Society are offering to provide free wedding services to gay and lesbian couples: 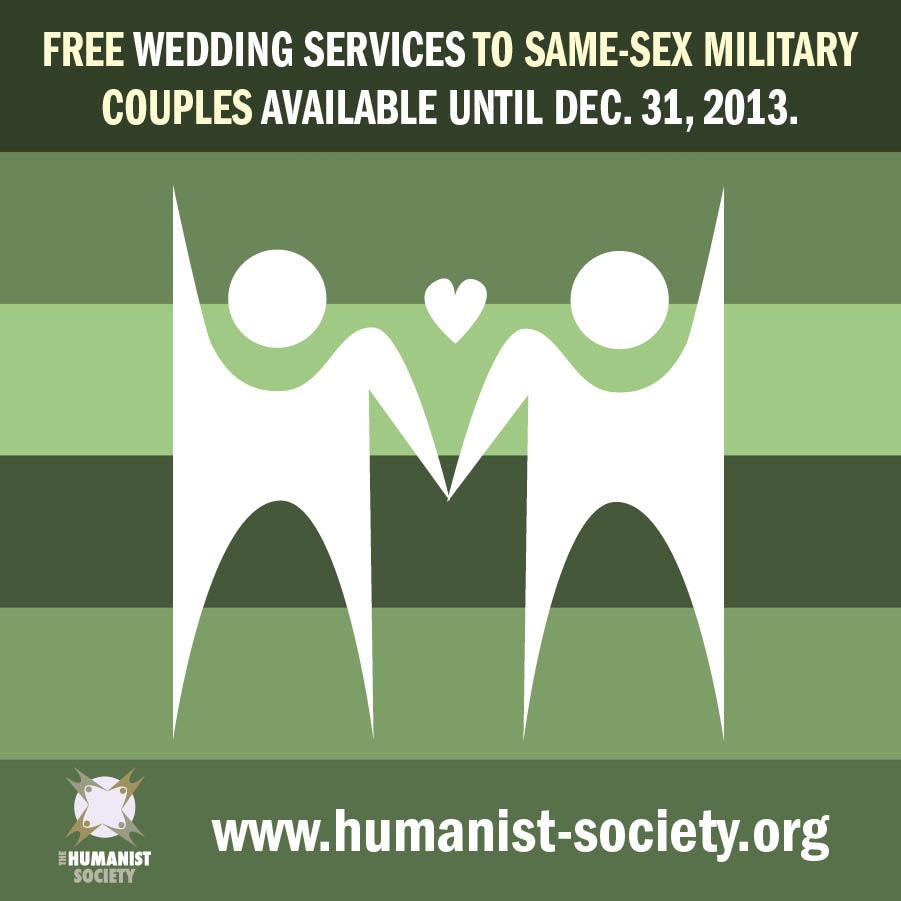 “Humanist Society celebrants have been performing same-sex marriage ceremonies for decades,” said American Humanist Association Executive Director Roy Speckhardt. “Even before these marriages were legally recognized, humanist celebrants have been a part of commitment ceremonies of all kinds. It is heartening to see that so many of them are willing to wave their ceremony fee to support the ongoing revolutionary change in the U.S. that is now giving all married military personnel the same legal benefits.”

The services will be free through the end of the year; you can find participating celebrants on this website — they have an American flag next to their name.

It’s wonderful juxtaposition when you consider that Southern Baptist military chaplains have been forbidden from performing — or even attending — same-sex wedding ceremonies.

September 11, 2013 Religious School's Chairman Destroys Student Planners for Including Image of 'Satanic' Peace Sign
Browse Our Archives
What Are Your Thoughts?leave a comment