Phil Robertson, the patriarch of the family featured on the reality show “Duck Dynasty,” was giving a sermon at White’s Ferry Road church in Louisiana last weekend and make a crack at atheists that really makes no sense whatsoever when you give it more than a second of thought: 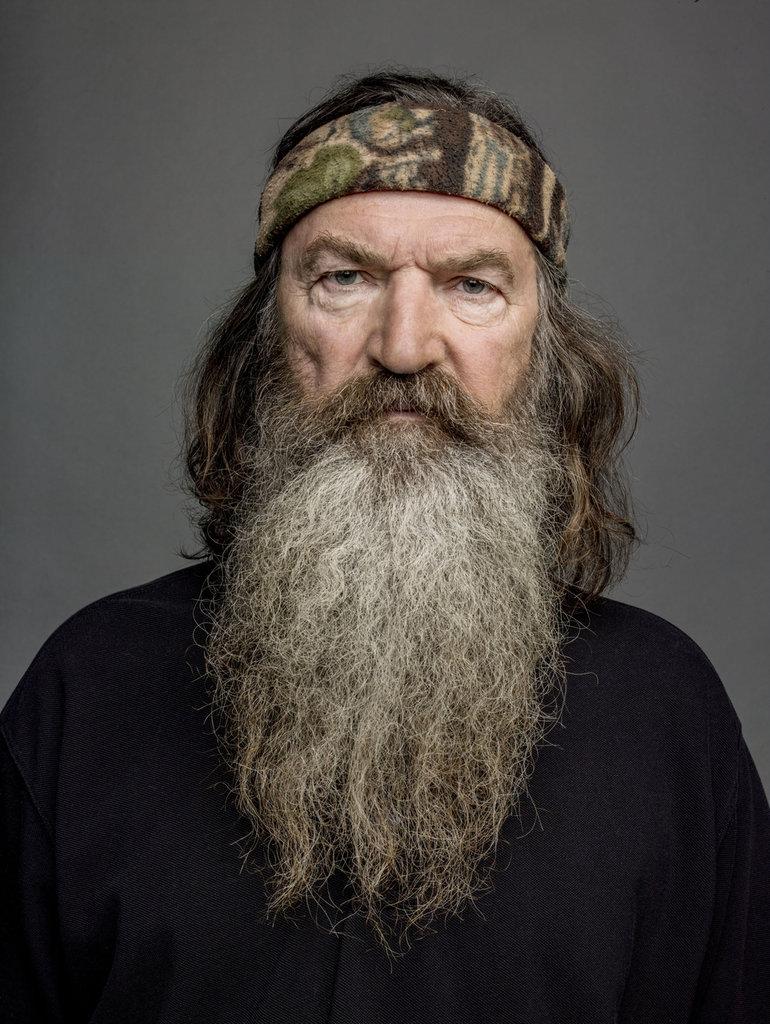 … here comes ten dudes, coming towards you. And they’re all carrying something in their hand. There’s your wife [and your] kids. And you’re thinking, “Oh my goodness, it’s three in the morning. Here comes ten dudes coming toward me. And I’m in a major metropolitan area of the United States of America.” And as they get close enough, and come into the light a little bit, they’re all carrying Bibles. [Late night] Bible study.

Even if you’re an atheist, tell the truth: You would feel better about it. Right? I’m just sayin’.

Since the churchgoers in the video all seem to agree that even atheists would be relieved to see the strangers carrying Bibles, and that Christians with Bibles are automatically good people you wouldn’t mind running into late at night, let’s pop their bubble. It’s not that hard to do.

If I were walking down a city street at night and a bunch of dudes were coming toward me… and I found out they were carrying books — any books — I would be relieved.

It has nothing to do with the Bible. They could be carrying the Koran, or Dr. Seuss books, or the Fifty Shades of Grey trilogy, or even a Kindle — at 3:00a, I’m not about to discriminate.

Any of those would be better than whatever I *think* they have in their hands.

And you know what? If Phil Robertson were walking down the street at night, and a group of guys walked towards him, and they were all carrying The God Delusion, he’d be pretty damn relieved, too.

Incidentally, in God Is Not Great, Christopher Hitchens brings up a very similar scenario. He recalls a panel where he was asked to imagine himself in a strange city late one night:

Now — would I feel safer, or less safe, if I was to learn that they were just coming from a prayer meeting?… I was able to answer it as if it were not hypothetical. “Just to stay within the letter ‘B,’ I have actually had that experience in Belfast, Beirut, Bombay, Belgrade, Bethlehem, and Baghdad. In each case I can say absolutely, and can give my reasons, why I would feel immediately threatened if I thought that the group of men approaching me in the dusk were coming from a religious observance.”

September 6, 2013
A Coconut is Messing Up This Country's Elections
Next Post