Yes, a Christian Shot and Killed an Atheist… but There’s More to the Story September 5, 2013 Hemant Mehta

Yes, a Christian Shot and Killed an Atheist… but There’s More to the Story

On the night of October 18, 2004, Arthur Shelton called the cops… on himself. He had just shot and killed his atheist roommate Larry Hooper. The reason?

… Shelton stated that Hooper was the devil and that he shot Hooper “hopefully enough” and “as many times as I could; I still want to keep going.” Shelton indicated he wanted to make sure that Hooper was “gone.”

During Shelton’s trial, it was generally agreed upon that he was mentally ill, though he wasn’t declared legally insane. He was sentenced to a minimum of 25 years in prison, making him eligible for parole in 2030, when he will be 76 years old.

That’s the story that came to my mind when I heard about how 33-year-old Douglas Yim was found guilty of first-degree murder yesterday for killing 25-year-old Dzuy Duhn Phan after an argument over God’s existence.

Yim is a Christian. Phan was an atheist. 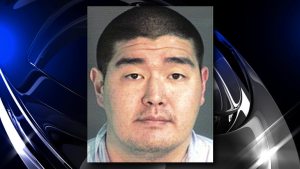 Yim became enraged and grabbed his gun after Phan asked Yim where God was when Yim’s father died of a stroke several years earlier.

Some headlines are calling this a fight over God’s existence — when this story was atop the Reddit Atheism boards yesterday, it was titled “Two Men debate existence of God. Theist murders atheist.” But that’s not really the case. There’s something far more pressing that caused the fight — in this case, Yim being reminded of his dead father in a way that triggered a violent reaction, no doubt fueled by the presence of alcohol, cocaine, and a weapon.

When Shelton killed Hooper, it wasn’t really because Hooper was an atheist. Rather, Hooper’s atheism triggered some crazy thoughts in the mind of Shelton that eventually led him to kill his roommate.

The atheists (obviously) didn’t deserve to die for their comments (or mere existence), but the Christians also didn’t kill over some mere philosophical disagreement. Don’t let the sensationalist headlines fool you. Religion played a role, sure, but it was a peripheral one.

You’re probably going to see a lot of stories in the next day or two explaining how Christianity isn’t to blame for this tragedy. Consider this one of them. But here’s something else to think about: When you read those stories, ask yourself whether the reports would be written the same way if the tables were turned and the atheist happened to kill the Christian, even if religious differences were only tangentially related to the incident.

September 5, 2013 David Barton: We Removed Mandatory Bible Readings from Our Schools... and That's Why Our Education System is an Embarrassment
Browse Our Archives
What Are Your Thoughts?leave a comment