Back in June, Professor Linda Brunton of Columbia State Community College in Tennessee did something to upset some of the conservative Christian students in her psychology class: She made them think. 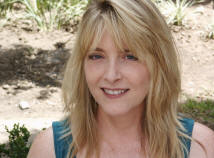 Here’s how the Religious Right group how Alliance Defending Freedom explained the incident in a letter to the college president:

[Brunton] required her General Psychology students to wear Rainbow Coalition ribbons for at least a day and to express support for the homosexual community while doing so. Thus, she blatantly violated principles at the very “heart of the First Amendment,” namely that “each person should decide for himself or herself the ideas and beliefs deserving of expression, consideration, and adherence” and that government may not “compel affirmance of a belief with which [a] speaker disagrees.”

Harsh words that we’d be rightfully upset about if the tables were turned… that is, if they’re true.

The assignment was to see how others responded when you promoted a minority viewpoint in that community and write a paper based on those experiences.

As I wrote back then, this was a great assignment, as long as there was a way for already-LGBT-friendly students to feel the same sort of discomfort:

Was this a good assignment to begin with? Absolutely. It’s good for students — especially college students — to step outside their comfort zone and experience what it’s like to be part of a minority group. In Tennessee, where gay rights opponents likely outnumber the supporters, pretending to be a supporter when you’re not is a good way to gauge what that’s like. You might even learn to empathize with people who think differently from you.

But this assignment sounds incomplete as reported. We’re not getting the full picture of what Brunton assigned since none of the articles tell us. What about the students who were already gay rights supporters? They weren’t going to get anything new out of wearing a rainbow ribbon. So did they have to wear a cross at a Pride rally? No clue.

Initially, it turned out the Christian group and other conservative media outlets lied about the most important aspect of the assignment. It wasn’t “required” at all:

… Chris Sanders of the Tennessee Equality Project, who said he is a friend of Brunton’s, said the assignment was voluntary.

“Students were allowed to opt out, and some did,” Sanders said. “And students were told that if they felt uncomfortable, they could take off the ribbons.”

That kind of puts a damper on the whole “persecution” idea… but the college ran a thorough investigation of the complaint and, after speaking to the professor and 34 of her students, they released their findings last week.

In doing so, they completely dismantled the claims made by the ADF, tossing aside reason after reason Brunton might have been in trouble:

The section in the syllabus regarding student grievance procedures addressed procedures for students to follow if one has an academic grievance. There is no record or evidence that any student took advantage of this procedure. No student from the Spring Semester 2013 classes discussed a complaint or grievance with the Respondent [Brunton], the Dean, the Division, or the Provost.

There is no evidence to support the allegation that Respondent brushed off concerns of students whose religious convictions prohibit them from supporting conduct their faith teaches is unnatural and immoral and no evidence that Respondent made “it clear that students had to hold themselves out as supporting the demands of the homosexual movement in order to receive credit.” Many students interviewed said the opposite of this.

Some allegations were true, but if analyzed in context, they were not evidence of discrimination against students based on their religious beliefs, which is the substance of the complaint. Respondent did give the assignment to wear the ribbon for one day, to write a reaction paper, not to have an opinion on the subject, and not to quote the Bible as justification for being against the assignment. However, these facts, considered in context of an educational assignment, are not evidence of discrimination based on religious beliefs. The weight of the evidence requires a finding that the rainbow ribbon assignment was optional, not mandatory. If a student objected to the assignment based on religious or other grounds, the student could choose to complete a different assignment or create his own assignment with permission of the professor. In fact, at least three students took advantage of this option and completed alternate assignments to earn the points.

While Respondent’s comments in class could have been delivered with more sensitivity, they are covered by academic freedom.

Wow. They really can’t tear down the Christians’ complaint any more than that. It not only exonerates her, it gives her the opportunity to continue doing the assignment in the future.

When I emailed Brunton over the weekend, she was thrilled that the investigation had cleared her of any wrong-doing:

I am pleased that the investigation is over and that the administration concluded that I do not discriminate in my classroom. I’m looking forward to returning my focus where it has been for 32 years — on teaching and helping students learn.

I believe that the classroom is a positive place where learning and growth occur; it’s a place where new ideas are discovered and students learn to think critically in order to assess these new ideas. Developing such skills serves students well when they seek employment and interact with others.

I have a lot of respect for her. She went into the ring with the Christian Right and came out even stronger after it was all over.

Now she can get back in front of her students, which is where she deserves to be.

September 3, 2013
A Wedding Worth Celebrating, Even Though Her Former Church Members Didn't Show Up
Next Post

September 3, 2013 A Glowing Profile of Evolution Warrior Dr. Eugenie Scott
Browse Our Archives
What Are Your Thoughts?leave a comment