Until this year, all state schools in Israel used the same science books. Heading into the new school year, however, that will no longer be the case, as the government has decided that religious schools deserve their own science books, which will be dumbed down for students’ spiritual protection.

In the United States, the state censorship of textbooks has focused mostly on suppressing political ideas and boosting the unintelligent notion of Intelligent Design. In Israel, it’s predominantly the human body — the female human body, in particular — that has caused a case of cooties at the highest levels, such that a chapter on reproduction will be deleted, along with references to menstruation. 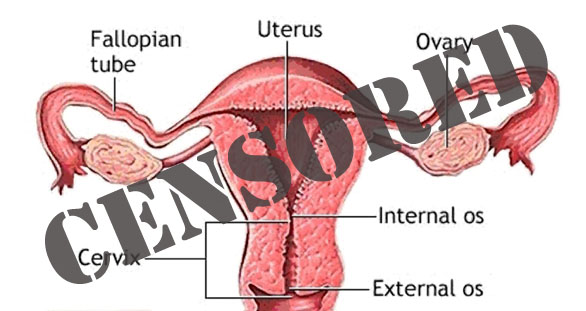 The Education Ministry has asked textbook publishers to eliminate chapters on human reproduction, pregnancy prevention and sexually transmitted diseases from science textbooks used in state religious junior high schools as well as from their teacher manuals. … Publishing sources said that, after they had agreed in principle, the ministry began requesting additional changes, such as eliminating any reference to the female body throughout the book, softening any text or image liable to offend religious sensibilities and using examples more suitable to a religious lifestyle. As a result, one publishing executive said, some publishers who originally agreed to make the revisions changed their minds after realizing their scope. …

The ministry requested the changes at the urging of officials in the state religious school system. “The ministry capitulated to one of the most extremist factions of the religious public,” one publishing executive charged. Another said the changes resembled those demanded by ultra-Orthodox schools. … Removing the chapter on reproduction means that at no point during their schooling will religious students learn about reproduction from a scientific standpoint, unless they take biology in high school.

It should be noted that the non-censored textbooks are already fairly sparse on information and context. For example, illustrations of reproductive organs like the ovaries, the fallopian tubes, and the uterus are shown by themselves, without clear visual pointers how they connect to the rest of the body.

Science textbooks aren’t the only ones being altered for use in state religious schools, which have long had different history and literature curricula than the secular schools. About 18 months ago, the ministry decided to alter their Hebrew language textbooks as well. For instance, all women pictured in these texts now wear head coverings, and all the girls wear skirts.

Not everyone is taking the changes lying down. Zahava Gal-On, the chairwoman of Meretz, the social-democratic political party, fulminated that

“More than 200,000 children today are in the state-religious education system, which is 200,000 future citizens of the State of Israel who will grow up with ignorance and with the sense that the human body, or to be more specific, the body of the woman, is something dirty.”

It’s a big loss for these students, considering that they’ll miss out on learning basic facts about the human body — all on account of religious ultra-modesty that has no place in the classroom.

September 3, 2013
Here's the Most Anti-Woman, Anti-Gay Sermon You've Heard in a Long Time
Next Post