Even Seculars Pine for Messiahs 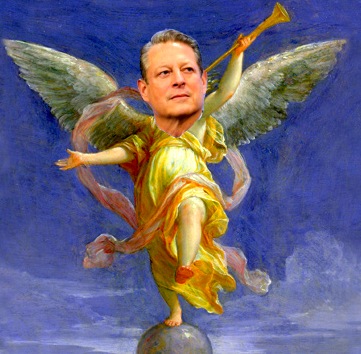 There’s little doubt that human beings seem to like the idea of messiahs, deus ex machinas that will save us in our darkest hours. Obviously, even we seculars find something appealing about it, or else we’d be rolling our eyes, or else outright rejecting, stories that are messiah-tastic, such as Harry Potter, Dune (Paul Atreides), and even Lord of the Rings (Frodo and Aragorn are both “foretold”).

At The American Scholar, William Deresiewicz sees a pining for messiahs throughout more than our fiction, but in our very response to word events and technology. He cites our collective awe over the Web, and its liberating potential, as well as “politics,” in the sense of either elected leaders (Obama in ’08) or revolutions (the Arab Spring and Occupy) who will magically “change everything.” And he thinks he spots where this inclination has gotten us into serious, serious trouble: Climate change. Deresiewicz writes:

[A] slow extinction that’s already underway—we don’t seem psychologically equipped to come to terms with [it]. The feeling has to linger, even among the most rational, that somehow, something is going to rescue us. That’s the only explanation I can think of for the lethargy, the apathy, the stunned catatonia of our response, the fact that we aren’t all running shrieking, every hour, in the streets.

I know I’ve had my hopes that, say, Al Gore would somehow lift public opinion into the stratosphere and force mass change on global warming, or that a charismatic young presidential candidate who warned of “a planet in peril” as part of his campaign tagline, would take the bold steps that the situation required, which would leave all the activism up to someone else. But it hasn’t, and here we are.

So I get what Deresiewicz is saying. We don’t necessarily believe these things are “divine,” yet we presume so much power on their behalf, power that only exists in our minds.