E.W. Jackson: Calling Out My Positions is Persecution 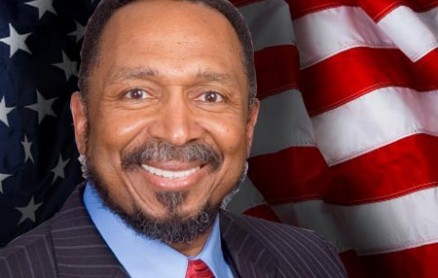 He recently told fellow-radical Christianist Bryan Fischer, that to use his own views against him, views he’s proudly espoused as a bishop and as a candidate, is persecution. This was caught by Right Wing Watch:

It’s a sad commentary on our media and culture today that anybody that expresses a Biblical worldview is marginalized and, frankly, not too put too fine a point on it, persecuted for doing so. . . . it’s an attack ultimately on every church-going, Bible-believing Christian out there who holds to a traditional worldview . . .

And what’s the real problem? Obviously, criticizing his positions is unconstitutional.

We’re seeing people apply a religious test and they’re saying anything you believed or said as a minister disqualifies you from serving as Lt. Governor because you hold to these Biblical views.

This is not a “religious test,” Bishop. This is a sanity test, a credulity test, and a character test. If you think LGBT Americans are “poison” and that Democrats are “slave masters,” and also a “coalition of the godless” (if only!), it’s fair game to call you on it, and whatever’s at the root of those beliefs. And the thing is, even if you fail those tests, you can still totally win.

So spare us, Bishop.

Fun side note: Jackson’s complaint is nearly identical to Newt Gingrich’s during the previous GOP presidential primaries, when, after saying something the electorate didn’t like, he insisted, “Any ad which quotes what I said on Sunday is a falsehood.” This must be something they teach at GOPAC.

September 1, 2013
'Black Jesus,' a Cult Leader and Ex-Lutheran Who Raped and Murdered Girls, is Himself Killed
Next Post