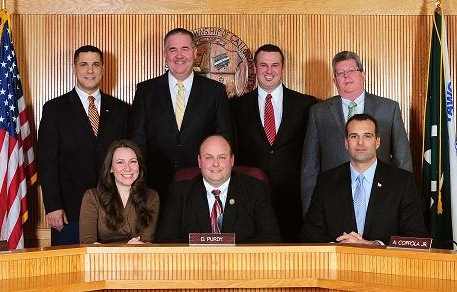 It’s possible that once the township council of Galloway, NJ (my hometown) had unanimously voted to allow prayers at its council meetings, a tumultuous subject was now more or less closed. It was not to be.

Some quick background: In February, I shared with you a thwarted-coming out of Michael Cluff, a secular activist with the South Jersey Humanists who had planned to out himself as an atheist at one such meeting with a short statement, but because of the way they had wound up running the meeting (holding the vote on prayer before anyone had a chance to talk about it), Michael never got to deliver his speech. He allowed me to reprint it later on Friendly Atheist, so it wasn’t a total waste.

But prayers at council meetings were now officially in place. Last week, however, the Press of Atlantic City reported that some folks weren’t satisfied. And I’m not talking about local atheists. You see, the “compromise” reached was that prayers would not be given by clergy, which are obviously sectarian, but by councilmembers only. To local pastors, of course, this seemed like weaksauce, and with the current case before the Supreme Court on legislative prayer (where prayer has the backing of the White House), the pastors and their allies are emboldened:

“The reason they (officials) are doing the prayer is because they don’t want to be sued. I understand that, I appreciate that. On the other hand, let’s muscle up here. Communities have been taken to court over this issue and they have won and are continuing to pray,” said Pastor Tom Douglass of Highland Community Church.

And of course, the logic for “muscling up” is ironclad, coming from Deputy Mayor Tom Coppola:

In God we Trust is on our money; the Pledge of Allegiance has God in it. I think it’s ridiculous and unfortunate that it came to not having religious leaders come to meetings and pray.

Well, now the controversy has the attention of the local branch of Americans United for Separation of Church and State. Ed Joyce, president of the Delaware Valley chapter of AU, has on op-ed in the Press (thanks to Michael Cluff for the tip), and states eloquently what, to us, is obvious:

In a diverse society such as ours it is impossible for both believers and non-believers to feel included when governments show favoritism toward one faith over others. Whether intended or not, when a government official or government body condones sectarian prayer, a message is sent: Believers are more equal than non-believers, and members of minority religions are relegated to second-class citizenry.

Given the growing diversity of religious (and non-religious) thought in the United States, it’s clear that more and more people won’t stand for exclusively sectarian prayers at government meetings – nor should they.

And we won’t. Let’s see what happens next in Galloway.

August 30, 2013
Edward Tarte Explains What He Would Say on His Deathbed if Jesus Visited Him
Next Post

August 31, 2013 An Example of Apologetics Leading to Nonbelief
"In 2015, Rachel Dolezal, a white chapter president of NAACP, was vilified for identifying as ..."
Foxglove Richard Dawkins is Still Denying the ..."
"Then they would claim they don't really own the land/house/plane -- it suddenly "belongs" to ..."
Jezebel'sOlderSister This Televangelist is Celebrating His Humiliating ..."
"He's also lying about Dawkins admitting to being a creationist."
NOGODZ20 Richard Dawkins is Still Denying the ..."
"Prosperity Gospel is such an obvious sham, (and scam), yet people still gladly fork over ..."
Akira625 This Televangelist is Celebrating His Humiliating ..."
Browse Our Archives
What Are Your Thoughts?leave a comment