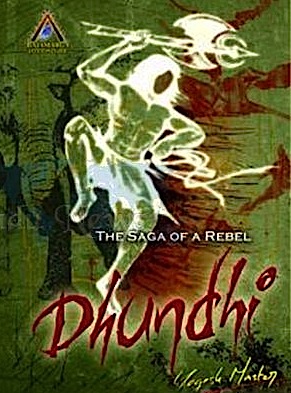 Yogesh Master, an apparently prolific Indian author, has been arrested for what amounts to a blasphemy charge. In his new novel Dhundi, which is written in the Kannada language, the Hindu god Lord Ganesha is subject to “derogatory references” and is portrayed “in a highly objectionable manner,” according to complaints.

I’ve not been able to unearth any actual text, English or otherwise, of the novel in question, but according to Daijiworld Media Network, the complaints are that Ganesha is portrayed as “cruel” and “rowdy,” having an “illicit relationship”:

Several people have alleged that the author has changed the relationship of Shiva-Parvati and Ganesha from the original story as per his imagination.

People with deep-rooted religious belief have objected to having dragged the story of Ganesha to state theoretical confrontation between Shudra and Aryas.

I’m certainly no expert on the Hindu faith, so I can’t weigh with any certainty the gravity of this alleged offense, but it sure sounds like a minor thing to arrest someone for. It is a novel, after all. But I certainly recall protests and boycotts and all manner of anger over things like Jesus having a sexual relationship in The Last Temptation of Christ, or association with homosexuality in Terrence McNally’s play Corpus Cristi. No one was arrested for making these, of course, but such sentiments from religious traditionalists are all of a piece.

These are the actual charges against Master, from the Express News Service:

Additional Commissioner of Police (Law and Order) Kamal Pant said the case has been registered under Section 295 A (Deliberate and malicious acts, intended to outrage religious feelings or any class by insulting its religion or religious beliefs) and Section 298 (Uttering words, etc with deliberate intent to wound religious feeling) of the [Indian Penal Code].

Note that these charges focus on “deliberate” insult and hurting of feelings, which it seems to me (and the merits of the laws aside), would be difficult to prove. Somehow, I don’t think that will hold anyone back.

Here’s a video report of the story from an Indian television network, where you can see Master being arrested and hustled into a police vehicle.

August 30, 2013 Edward Tarte Explains What He Would Say on His Deathbed if Jesus Visited Him
Browse Our Archives
What Are Your Thoughts?leave a comment