Another Set of Faith-Healing Parents Arrested After Allowing Their Daughter to Die of a Treatable Disease August 30, 2013 Hemant Mehta

In 2012, Greg and JaLea Swezey were sentenced to five years of probation after they allowed their 17 year-old son Zachery to die of appendicitis… even though it was completely preventable:

The Swezeys were not practitioners of Christian Science, but they were members of the Church of the First Born, a church that also endorses “faith-healing.” Why see a doctor when God will cure all?! (Except when He doesn’t.)

Now, it’s happened again — to another family from the same church.

Travis and Wenona Rossiter were arrested yesterday on charges of manslaughter because they allowed their 12-year-old daughter Syble to die of Type I diabetes this past February and a months-long investigation revealed that the parents withheld “necessary and adequate” medical attention from her: 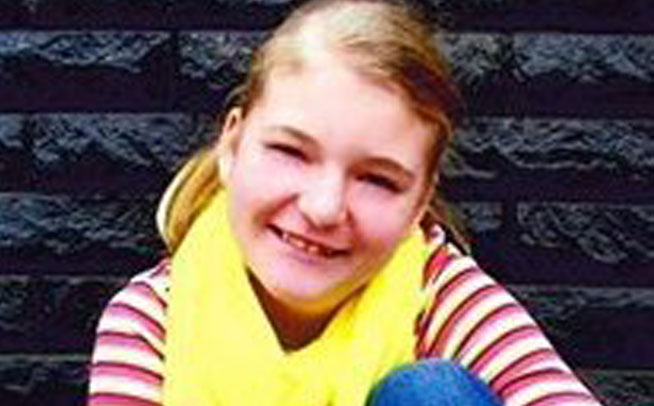 “The 12-year-old had a treatable medical condition and the parents did not provide adequate and necessary medical care to that child. And that, unfortunately, resulted in the death of her on February 5 of this year,” said Albany Police Capt. Eric Carter.

When asked if she would have survived if she had been treated, he said, “That’s what I was briefed on. Yes.”

The Rossiters have two other children who are, I assume, fortunate that they never suffered a critical-yet-preventable disease.

Their church — which is totally web-friendly and would never cause you to think “OMG, RED FLAGS EVERYWHERE” — endorses James 5:14, which states:

Is anyone among you sick? Let them call the elders of the church to pray over them and anoint them with oil in the name of the Lord.

You would think church members would have learned their lesson by now. This same fate befell another family in 1996:

In 1996, a Linn County jury convicted Church of the First Born member Loyd Hays of Brownsville on charges of criminally negligent homicide. His 7-year-old son was dying of a treatable form of leukemia, and Hays was trying to cure it through prayer.

Hays and his wife, who was acquitted, were the first people in Oregon to be prosecuted for following their religion rather than taking a sick child for medical care.

The Swezey’s, though, were let off the hook. And now the church’s beliefs have led to another death. Maybe the judge can serve the Rossiters with a punishment commensurate to the crime they have committed and, if they’re found guilty, send them to prison for a long enough time such that other members of the church will finally come to their senses.

Children shouldn’t be given a death sentence because their parents are brainwashed by their church.

(Thanks to Anne for the link)

August 30, 2013
Why Is There More Depression Among Clergy Members Than in the General Population?
Next Post

August 30, 2013 Manitoba Atheist Group Will Run Bus Ads in September
Browse Our Archives
What Are Your Thoughts?leave a comment