After initially being told he could not get a New Jersey license plate reading ATHE1ST on grounds that it was “offensive,” American Atheists’ President Dave Silverman finally received an official confirmation yesterday from the state’s Motor Vehicle Commission.

This is the email Silverman received from the MVC on Wednesday morning: 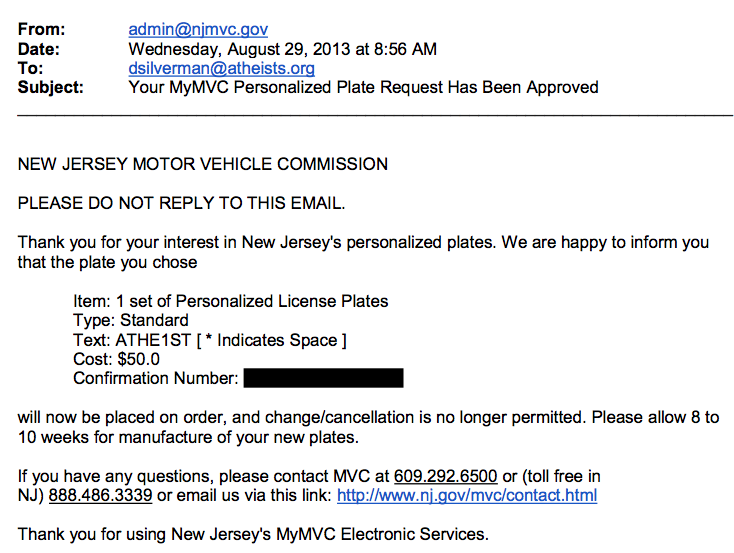 Success! More importantly, success without litigation. The MVC called it a “clerical error.” I’m not sure if I believe that, but at least this was resolved quickly and with a happy ending.