Months After an Assassination Attempt, a Bangladeshi Atheist Blogger is Still Speaking Out August 28, 2013 Hemant Mehta

Months After an Assassination Attempt, a Bangladeshi Atheist Blogger is Still Speaking Out

Earlier this year, Asif Mohiuddin, a 29-year-old Bangladeshi man, was violently attacked for being an outspoken atheist blogger in his country. 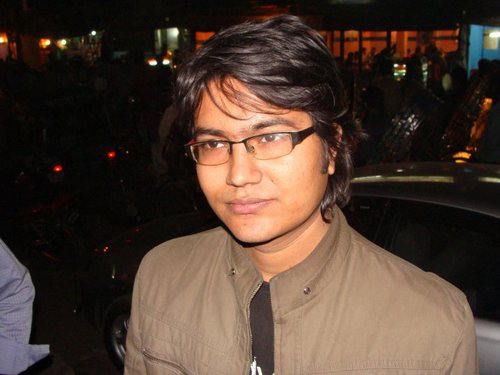 The other day, after a month-old email request, I finally heard back from him.

Asif was out on bail but had to go back to court the next day. Still, he found time to tell me his story and explain what he was going through now:

I was very near to death, having one of the injuries 6 cm deep, and another 4 cm deep. There are more than 53 stitches all over my body bearing witness to my horrifying experience of knife attack and stabbing pain. The doctors gave up all hopes for my life, however they could finally bring me back to life after a four hour long operation. I’m still not fully able to move my neck… Doctors told me that it was a clear attempt to murder and I was lucky to have survived despite the attack being severe and gruesome.

Asif reiterated that the attack on his life has not stopped him from being an activist in both the religious and political arenas. It’s not easy, though. He constantly has an eye over his shoulder:

… I don’t have any job right now, and can’t go out of home. Even some religious people threw me out of the area where I was living. I don’t have any place to live also. But I’ll fight till the end for my freedom of speech, my freedom of believing and not believing and criticizing religious dogmas and fundamentalism. Even if I die, some other will take my place and he will keep fighting.

Someone have to sacrifice something for revolution or big changes.

Asif also spoke to Dr. Austin Dacey, who has a much more detailed article at Religious Dispatches:

“It is not very safe to go outside of home nowadays as my name is on the hit list of some fundamentalist groups,” Asif told me. “Our prime minister said that they will arrange some police protection for the bloggers and activists of the Shahbag movement; my name was on that list also. But no one contacted me about it.”

Asif, who told me that he opposes capital punishment on human rights grounds, faulted the government for co-opting the movement to curry favor with secularists even while attempting to mollify the powerful forces of conservative religion. A highly visible atheist, he suggested, made for the perfect sacrifice: “They told me, be a murderer, be a rapist, be a war criminal, but never be an atheist. That is the worst crime ever from their point of view.”

I asked Asif if there was anything we could do for him:

I don’t need any help right now, let me fight my battle for my freedom of speech. You have already helped me by writing about me, and that was a nice article to read. Thank you so much for all of this.

Damn… I didn’t even do anything. Meanwhile, Asif is risking his life for the right to speak out. That’s serious bravery right there.

August 28, 2013 New Jersey Nixes License Plate That Says ATHE1ST, Calling the Word 'Offensive'
"Dissolve that church, start a new one (with someone else named as leader, but with ..."
Just Bob WA Judge Permanently Blocks Church from ..."
"He didn't make any money off the trees he planted, meaning he died without being ..."
some b@st@rd on the internet Right-Wing “Moms” Whine About Children’s Book ..."
"It is so sad. https://uploads.disquscdn.c..."
mike the panicked WA Judge Permanently Blocks Church from ..."
"Thank you for proof of a threat against my life, I will be forwarding this ..."
Tawreos “Pastor” Who Defrauded People Out of ..."
Browse Our Archives
What Are Your Thoughts?leave a comment