In the past few years, even though surveys have shown that more young people are losing their religion, there are still many young atheists who choose to remain in the closet. Maybe it’s because they don’t want to lose their friends, or they want to hide the secret from their parents, or they’re worried about getting bullied and harassed by other students (it’s happened before).

In any case, it has a chilling effect.

Students are afraid to start secular groups where they can meet other atheists and explore their own (non-)religious identities.

Students stay silent even as they see illegal promotion of Christianity around them because they don’t want to rock the boat and draw any negative attention.

Students stop themselves from thinking too critically about religion out of fear that they may not like where the answers lead them.

Students are unable to help fix the untrue and unfair stereotypes about atheists — that we’re not trustworthy or electable. While things are getting better overall, there are still many pockets of America where it’s neither easy nor safe to publicly proclaim your atheism.

So taking a page from the LGBT playbook, the Secular Student Alliance has launched a project intended to help curb that problem. It’s called the Secular Safe Zone: 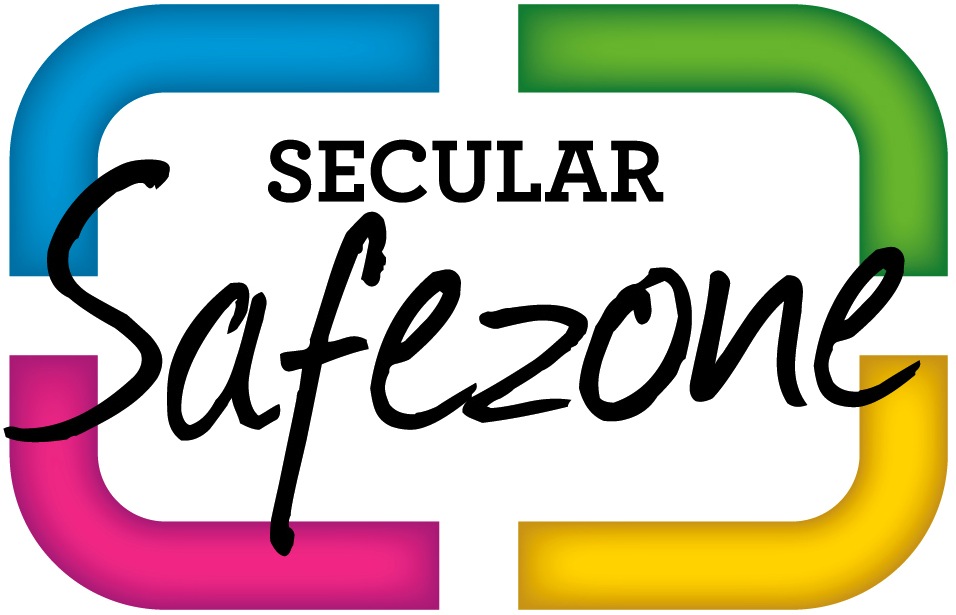 The Secular Safe Zone aims to support secular students by providing safe spaces and opportunities to explore their developing secular identities, free from the ostracization and harassment that often accompanies such a process. Secular Safe Zone Allies act as mentors and role models to secular students in a variety of settings, from classrooms to residence hall floors to interfaith offices and more.

I can’t tell you how excited I am about this project. It’s geared toward anybody who works with secular students and it’s not limited to atheists. Similar to LGBT allies, religious people, too, can support secular students. They can help dispel myths about secular people when they come up in conversation. They can help students find the resources they need to further develop their own views.

And just to be clear: This is not about “deconverting” students — it’s about letting students know you’re not going to judge them for having an unpopular view of religion.

So what can you do to help?

Read the Resource Guide (PDF) and register to become an official ally.

This is one of those projects that will only work if enough of us sign up. I already have. I hope you’ll join me.

August 28, 2013
Secular Coalition for America's Edwina Rogers Featured in The Washingtonian
Next Post