Should a Science Museum Hire You if Your College Taught Young Earth Creationism? August 9, 2013 Hemant Mehta

Should a Science Museum Hire You if Your College Taught Young Earth Creationism?

Alison Green runs a website called Ask a Manager. It’s pretty self-explanatory — she gets a lot of questions from all sorts of employers and employees and she answers them as best she can.

She recently responded to this dilemma from someone looking for a job: 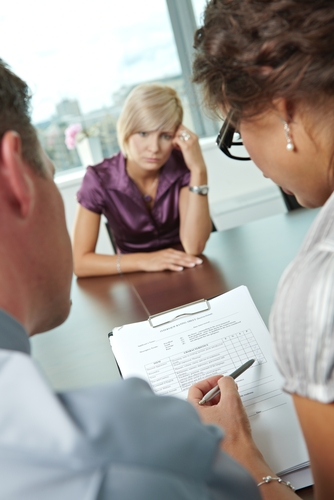 I’m a job-hunting recent grad, and I’m applying for jobs all over the place. One of the more interesting openings I’ve seen is at a science museum working as an educator. I’m a communications major, not a scientist, but I think I’d do well at the job and I’m hoping I’ll get an interview.

The problem comes from my educational background. I’m a graduate of a decently-sized Christian university that puts heavy emphasis on a literal 6-day creation week. These are the sorts of folks who believe that the earth is no more than 8,000 years old, that fossils are the result of a catastrophic world-wide flood, and that evolution only happened on a small scale — like wolves and dogs, but no further than that. The fact that all their professors agree to teach this is a big selling point for the school, and it’s advertised quite prominently. Anyone who googles my university will realize this within about three minutes. My high school and elementary school (the application asked for those as well) are much the same.

The letter-writer explains that s/he’s no longer a Creationist — more of a theistic evolutionist who thinks “both sides of the issue” should be taught — but s/he’s worried about the college’s name on her resume and what that’ll mean for job prospects.

What should s/he do?

Think about it, and check out Alison’s response here.

I think her advice is pretty good, though she skips over the part that was most disturbing to me: Anyone who thinks we should be discussing “both sides” of the evolution issue doesn’t understand evolution. That’s a bigger red flag to me than the name of the college.

(Image via Shutterstock. Thanks to Lauren for the link!)

August 9, 2013
Finding Answers in Science at an Anti-Creationism Rally
Next Post