I’ve heard of people getting fired from Christian schools for being gay or lesbian… but Harold Scott, an educator for 22 years and the superintendent of Parkview Christian Schools in Nebraska since 2011, was just let go for a very different reason: 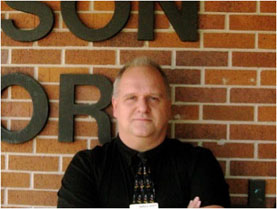 Harold Scott says he was fired as superintendent of Parkview Christian Schools because he performed in a community theater production of “The Producers.”

In an email response to questions Wednesday, he said he was told the reason for his termination is that Calvary’s pastor, Dr. Carl Godwin, felt his participation would have a negative reflection on Calvary Community Church and Parkview Christian School.

Because how dare Scott make an audience laugh?! He probably danced a bit, too. Scandalous!

“I never imagined that my passion for acting and participating in community theater would lead to me losing my job,” he wrote. “I truly believe that I did nothing wrong and my involvement in theater should in no way interfere with the career I love.”

He didn’t do anything wrong. He was acting in a play with a PG-13 rating. He didn’t invite the students to see it. He didn’t advertise the play in school materials. It was just community theater that he did on his own time. Too bad the pastor of the church affiliated with the school has no sense of humor.

Any rational person would see this as a non-issue. Any good school leader would judge Scott purely on his performance as an administrator. Parkview isn’t run by rational people who care about education first and foremost.

But maybe now, Scott can get a better job. As one commenter at the Lincoln Journal Star noted, “his career can go no other place but up.”

August 8, 2013
Only 17% of Georgia Republicans Accept Evolution
Next Post