Russian Orthodox Leader: Marriage Equality is a ‘Sign of the Apocalypse’

The end is near, and it’s full of rainbow-colored wedding cakes.

Patriarch Kirill, the head of the Russian Orthodox Church, told churchgoers at Moscow’s Red Square this past weekend that marriage equality is a terrible, terrible sign of what’s to come: 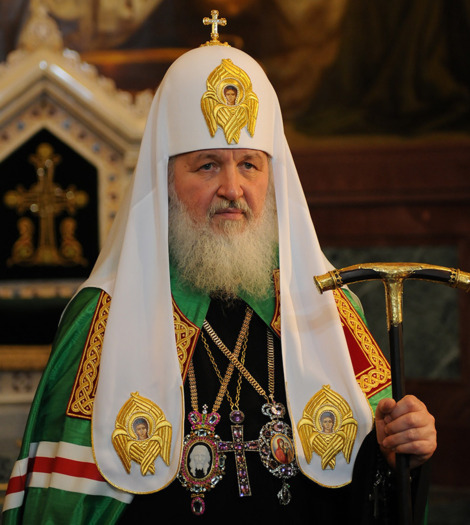 “This is a very dangerous sign of the apocalypse… It means people are choosing a path of self-destruction.”

It’s a strange thing for him to be worried about, considering Russia is so far from legalizing marriage equality it’s not even funny. More pressing is the law recently signed by President Vladimir Putin that bans “homosexual propaganda,” including any public discussion or promotion of homosexuality and giving information about homosexuality to minors. Such crimes are punishable with hefty fines or even jail time.

According to The Advocate, the government is wasting no time acting on the law, even for non-citizens:

Four Dutch tourists were arrested in northern Russia this weekend for allegedly violating that law while participating in a “Youth Human Rights Camp” that discussed LGBT issues, reports Russian news outlet Lenta. The Holland natives were released without being charged on Sunday, but are apparently the first to be jailed over the nationwide ban, which Putin signed into law last month.

A Google translation of the Lenta report claims Russian immigration officials charged the group with violating its stated reason for being in the country — getting acquainted with local culture — when in fact the group was filming a documentary about LGBT life in the town of Murmansk. Lenta notes that Russian officials seized the filmmakers’ footage, alleging that the team interviewed an LGBT teenager who was 17.

And that’s in addition to the recent slew of attacks against LGBT people in Russia. Things are so bad, gay rights groups have called for a boycott of the 2014 Winter Olympics in Sochi. The International Olympic Committee has said it will “work to ensure” Russia’s anti-gay laws don’t affect any LGBT participants in or spectators of the games, but it’s hard to tell just what that means. (Other groups, of course, are calling for an Olympic boycott over the Edward Snowden case, but that’s a whole different story.)

So basically, this priest has nothing to be worried about. The only apocalypse taking place is the hell that LGBT Russians are going through right now.

July 24, 2013
Would Anthony Weiner Have Gotten Away With It If He Were Gay?
Next Post