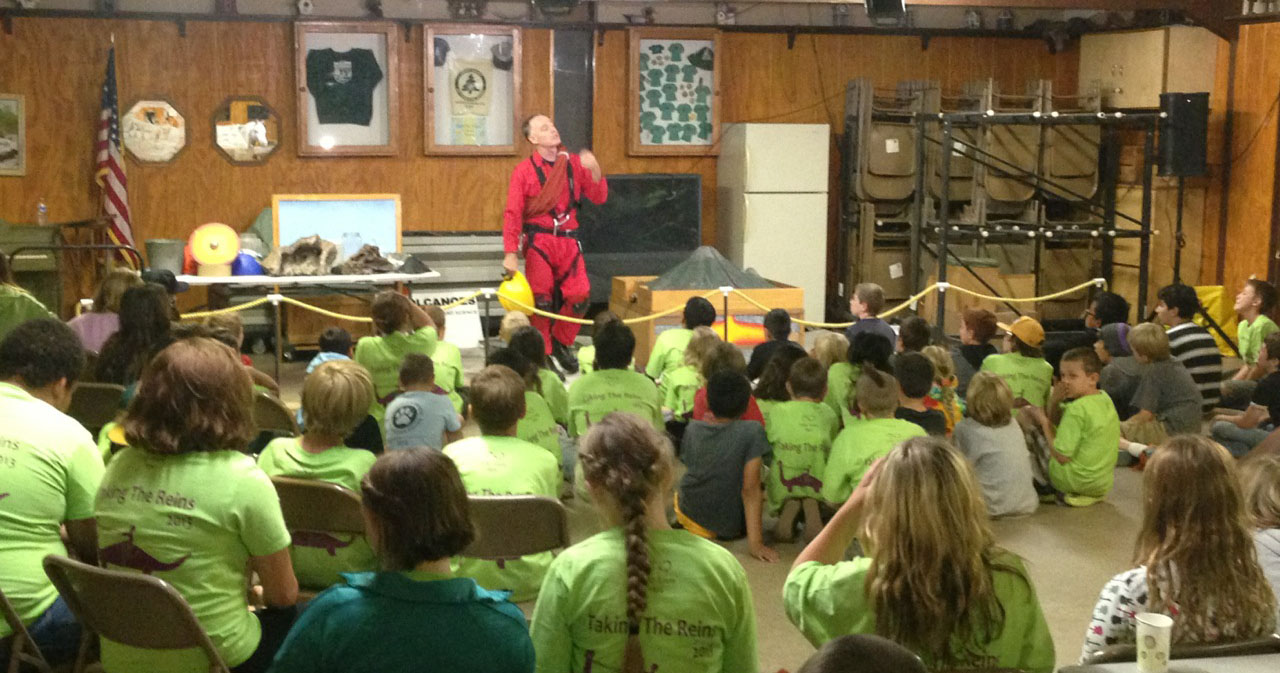 Sunday night, just like last year, I had the privilege to donate another science presentation for the kids at Camp Quest West, Southern California. They are now using a larger facility still in the Angeles National Forest where stately Ponderosa Pines tower over handsome, well maintained cabins. There is plenty of wildlife, and wow, bringing my show equipment in from my truck, I came face-to-face with a beautiful and unexpectedly large deer.

I usually do these shows for a fee for libraries, schools, clubs, and gem and mineral shows, about 50 to a hundred performances each year, but Camp Quest has now become the repeating highlight of the year for me. Last year the topic was dinosaurs, and this time it was volcanoes, but the awesome power that evening was erupting from the kids, not from the Earth.

Once again they seemed to enjoy the show, and once again their optimistic energy, their eager curiosity, and their clearly above-average ability to think critically made the evening’s interaction and the question-and-answer section both a challenge and a pleasure.

It’s remarkable to feel the cumulative effect of gathering 67 kids together who in their separate families are encouraged to learn about the world around them by looking at it with their own eyes, rather than merely passively listening to someone tell them about it. Yes, they listened attentively to what I told them, but there was a stronger sense of intention coming from that already nurtured eagerness to see for themselves. When I told them that we were closer to actual volcanoes than any other place I perform, dozens of cinder cones just a few miles down the mountain in the Mojave desert, several eyes sparked with that look that young people get when they’re making a promise to themselves: “I’ve gotta go see one.” 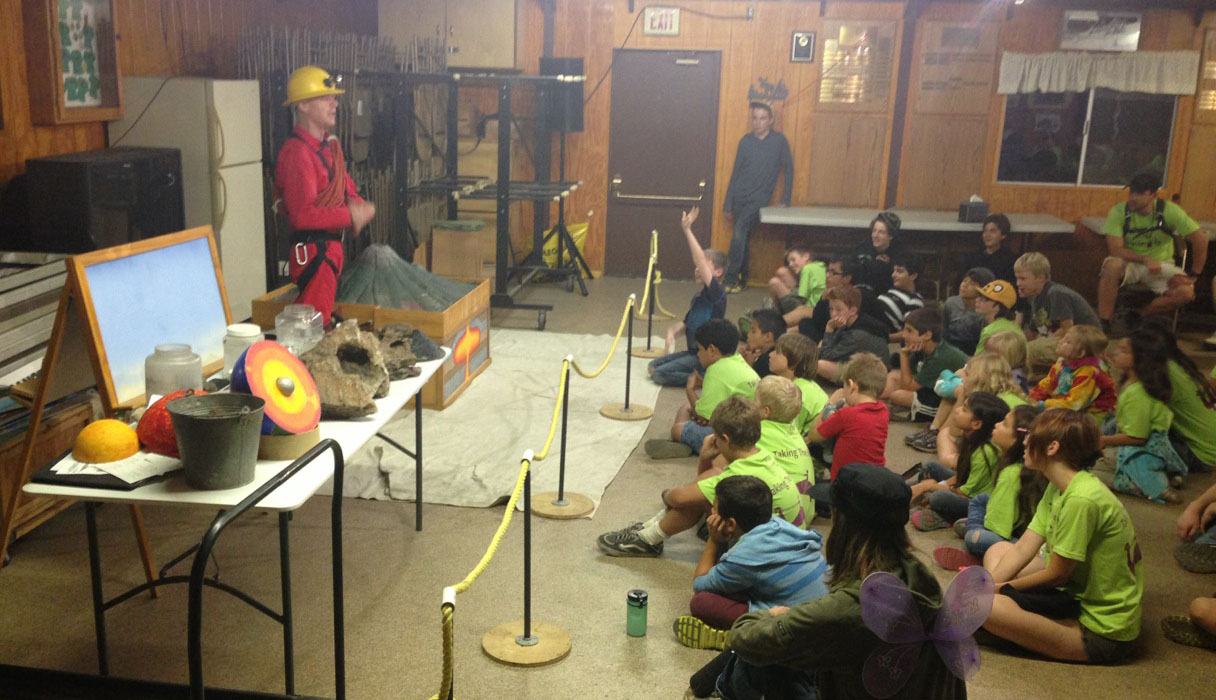 Because this audience is somewhat unique in their families’ attitudes toward science, I spoke at the end about science in general, saying that it is not just something that’s boring to some people and interesting to others. The bottom line in science, the whole point of it is to save lives. Regardless of their particular field, be it geology, paleontology, astronomy, chemistry, engineering, history, medical research, sociology, botany, even entomology, scientists contribute to the saving of lives. Mentioning “bug scientists” puzzled them as I had intended. I explained how learning about mosquitoes helped us to rein in one of the world’s greatest killers, malaria. All knowledge enriches all other knowledge. Looks of comprehension lit up around the room.

Ending the show by giving each camper a nice chunk of lava rock to keep clinched it. “Geologist” or even “volcanologist” was yet another possibility filed for future consideration in several of their minds.

The camp staff are, as always, highly professional, very skilled, dedicated, upbeat, and right on top of things. The kids are going to have a great week. I envy them. Please do whatever you can to support this worthy cause, a very real and very much needed asset for our society’s just-around-the-corner future.