Jenny McCarthy, Who Wrongly Believes Vaccinations Cause Autism, Named Co-Host of The View

If you want to have a panel of opinionated women for a TV show like The View, it makes sense to include a couple of conservative Christians like Elisabeth Hasselbeck and Sherri Shepherd to offer a dose of opposition to the liberal Joy Behar and Whoopi Goldberg. Sure, it’s infuriating at times, but it makes for a spirited debate.

I didn’t think The View would sink lower after the departure of Hasselbeck. But they’ve now gone from woefully misguided to dangerously ignorant, hiring Jenny McCarthy to replace her: 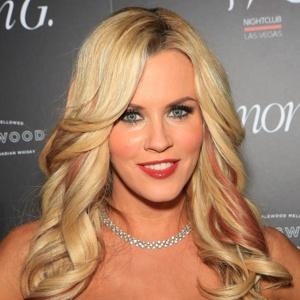 Jenny McCarthy, who thinks her son’s autism was caused by childhood vaccines he received.

Jenny McCarthy, who has been telling parents for years not to vaccinate their children because of her anecdotal, non-scientific, harmful beliefs.

Jenny McCarthy, who inspired a “body count” because her beliefs have led to the deaths of so many people.

Jenny McCarthy, who was once dropped from speaking at a charity event to raise money for cancer research because she was “promoting erroneous ideas about health and disease.”

“Jenny brings us intelligence as well as warmth and humor,” [Barbara] Walters said in a statement. “She can be serious and outrageous. She has connected with our audience and offers a fresh point of view. Jenny will be a great addition to the show as we usher in an exciting new chapter for The View.”

“I’m beyond thrilled … I look forward to helping make hot topics a little bit hotter, and showing my mom that my interrupting skills have finally paid off,” McCarthy added in a statement.

… And teaching mothers that they can be as careless and reckless as she is.

When the possibility of her co-hosting the show was seriously floated around last week, pro-science writers were already voicing their concerns.

I’ve heard that Jenny McCarthy is being considered to co-host of “The View”. I strongly urge you NOT to hire her.

Ms. McCarthy is a vocal activist for highly dangerous health ideas, including the mistaken belief that vaccines cause autism. While the world suffers outbreaks of measles and pertussis, Ms. McCarthy continues to advocate against vaccines. Having her host a respected show like The View would damage its reputation. For more info: goo.gl/hXJos.

By giving a purveyor of faux science such a prominent platform, ABC could be contributing to serious health problems and the spread of some of the globe’s nastiest diseases, the suppression of which has been a public health success story for the ages.…

McCarthy has even said that some horrendous diseases should be allowed to reemerge in order to boost the creation of “safe” vaccines: “I do believe sadly it’s going to take some diseases coming back to realize that we need to change and develop vaccines that are safe… If you give us a safe vaccine, we’ll use it. It shouldn’t be polio versus autism.” That’s not a message that should be given pride of place for the millions of people watching “The View,” any more than we need climate change deniers on the Senate floor.

It was downright stupid when co-host Sherri Shepherd questioned whether the world was flat. At least everyone else on the panel made it clear that they thought Shepherd was crazy.

With McCarthy on the panel of a show that many mothers watch, ABC is already saying they endorse McCarthy’s deranged views on vaccinations. Until they say otherwise and drop her from the show, ABC is telling us they care more about ratings than the health of their viewers.

July 15, 2013
The Atheist Daughter of a Notable Christian Apologist Shares Her Story
Next Post