Say It All Together Now: The ‘Proof of Heaven’ Author Made Everything Up July 4, 2013 Hemant Mehta

Say It All Together Now: The ‘Proof of Heaven’ Author Made Everything Up

Did you ever hear the story of how the band Van Halen had a line in their contract rider stipulating that a bowl of M&Ms had to be backstage before a show… but there couldn’t be any brown M&Ms in it?

The request wasn’t there just for the hell of it; it served a practical purpose. If there were brown M&Ms in the bowl, that meant the local crew hadn’t read through the contract. If they hadn’t read through the contract, they might have also missed out on checking some very important technical details, which could have ultimately led to minor or major problems during the performance.

The principle was that if you got the little things wrong, you probably screwed up the big things, too.

That’s what was going through my mind when I read Luke Dittrich‘s fantastic takedown of Dr. Eben Alexander in Esquire (the story is behind a $1.99 paywall). Alexander is the man who claimed to have visited Heaven while nearly dead, only to come back, write a book about it (Proof of Heaven: A Neurosurgeon’s Journey into the Afterlife), and rake in the cash. 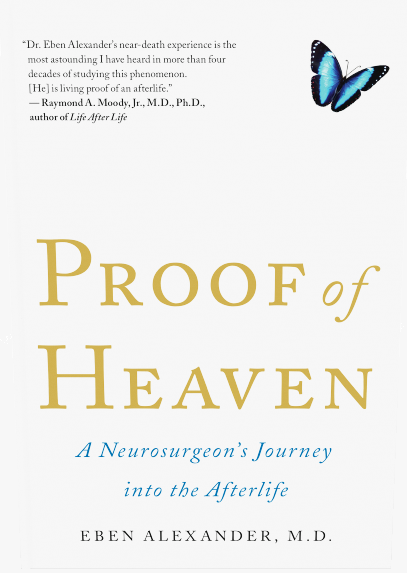 Dittrich, in a series of interviews with Alexander, points out how some of the most incredible moments in the book could not have been true. Like the time he saw a perfect rainbow:

As [Alexander] nears the end of his tale, every part of his story seems to be connected to every other part in mysterious ways. For instance, his coma began on Monday, November 10, and by Saturday, “it had been raining for five days straight, ever since the afternoon of my entrance into the ICU.” Then, on Sunday, after six days of torrents, just before he woke up, the rain stopped:

To the east, the sun was shooting its rays through a chink in the cloud cover, lighting up the lovely ancient mountains to the west and the layer of cloud above as well, giving the gray clouds a golden tinge.

Then, looking toward the distant peaks, opposite to where the mid-November sun was starting its ascent, there it was.

It was as though heaven itself was cheering Alexander’s return.

Dittrich spoke to a credible meteorologist, though, who denied a good chunk of that:

“There was nothing on the tenth,” he says. “Nothing on the eleventh…two hundredths of an inch on the twelfth.” The next three days, he says, were rainy and miserable. Then the storm appeared to break on the evening of the fifteenth. The sixteenth was another clear day.

Could there have been a rainbow on the morning of the sixteenth?

It’s like that throughout the article. Another time, Alexander writes about how he screamed “God, help me!” in an emergency room. But Dittrich finds out that the doctor on duty, Dr. Laura Potter, had stuck a “plastic tube down [Alexander’s] throat” rendering him completely unable to speak, much less yell the words clearly.

Dittrich confronts Alexander with these (and many more) problems, but Alexander just makes a plea not to focus on such minor trifles:

By focusing on the inconsistencies in his story, on recollections that don’t seem to add up, on a court-documented history of revising facts, on the distinctions between natural and medically induced comas, he says, is to miss the forest for the trees. That’s all misleading stuff, irrelevant to his journey and story.

Of course, it’s not irrelevant. Alexander has brown M&Ms scattered all throughout his story. Any open-minded reader must therefore be skeptical about the bigger picture of his “visit to Heaven” and the message he brings back from there. If he’s willing to fabricate the details, isn’t it at least possible that he’s making up the major points, too?

Let’s hope Dittrich goes after that little boy next.

July 4, 2013 Evangelism Through Debate: A Profile of Christian Apologist William Lane Craig
Browse Our Archives
What Are Your Thoughts?leave a comment