After Initially Being Denied U.S. Citizenship Because of Her Atheism, Margaret Doughty’s Application Has Been Approved June 20, 2013 Hemant Mehta

After Initially Being Denied U.S. Citizenship Because of Her Atheism, Margaret Doughty’s Application Has Been Approved

Just a few days ago, we heard about how 64-year-old Margaret Doughty was being denied citizenship in America because she was an atheist. 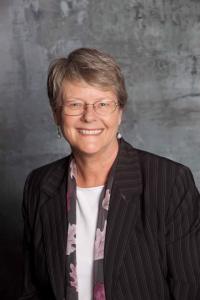 Part of the citizenship application asked her if she would “take up arms in defense of the United States.” She answered:

… The truth is that I would not be willing to bear arms. Since my youth I have had a firm, fixed and sincere objection to participation in war in any form or in the bearing of arms. I deeply and sincerely believe that it is not moral or ethical to take another person’s life, and my lifelong spiritual/religious beliefs impose on me a duty of conscience not to contribute to warfare by taking up arms… my beliefs are as strong and deeply held as those who possess traditional religious beliefs and who believe in God…

In short, she was an atheist whose moral beliefs did not allow her to fight in a war.

Unfortunately, U.S. Citizenship and Immigration Services (USCIS) told her that if she had a “conscientious objection,” it had to be on religious grounds and not moral ones.

An uproar ensued and Doughty’s story was shared all over the Internet. Both the FFRF and the American Humanist Association wrote letters to the USCIS on her behalf.

“This Service hereby withdraws the request for evidence (RFE) issued on June 7, 2013. This Service accepts your detailed statement in satisfaction of the information requested by the RFE. Your application for naturalization has been approved.”

Congratulations to her and to her stepson, Chris Johnson, for bringing this story to everyone’s attention.

“The Constitution requires that secular beliefs and religious beliefs be treated equally under the law, and we’re pleased that officials at U.S. Citizenship and Immigration Services have reversed course and recognized this,” said Bill Burgess, attorney for the American Humanist Association’s Appignani Humanist Legal Center. “We hope Margaret Doughty’s case ensures that non-religious applicants for U.S. citizenship are treated fairly.”

As soon as Margaret received this e-mail, she called AHA’s attorney Monica Miller. “I am truly grateful for all of the wonderful support I have received in this process,” Margaret said to Miller. Margaret added, “I think the AHA letter swayed everything.”

In a phone conversation with Seidel, Doughty expressed her gratitude for FFRF’s prompt action in defense of atheists.

Seidel commented: “We’re thrilled to have helped the courageous Margaret Doughty become a citizen and know she will be an asset to this country.” But, according to Seidel, FFRF still has concerns: “How many other applicants without Ms. Doughty’s experience, level of cultural immersion, and grasp of English have had, or will have, a similar burden imposed on them? We intend to pursue this matter with USCIS until the ineptitude or discrimination is rooted out of that office. Nonbelievers are welcome in America.”

I don’t say this often about Republicans, but many thanks to Congressman Farenthold. If you live in Texas, consider sending him a thank-you note.

Doughty will become an official U.S. citizen on June 26th.

June 20, 2013
Bryan Fischer Said the Atheist Hotline Fundraiser was 'Doomed to Fail'... Guess We Proved Him Wrong Again
Next Post