Christian Mother to Daughter: If You Remain Abstinent Until You’re 20, I’ll Give You $1,000

The good: Mother Katie Hughes talked to her daughters about sex when she felt they were ready to handle the information (at age eight). She didn’t avoid the conversations. She took them very seriously. 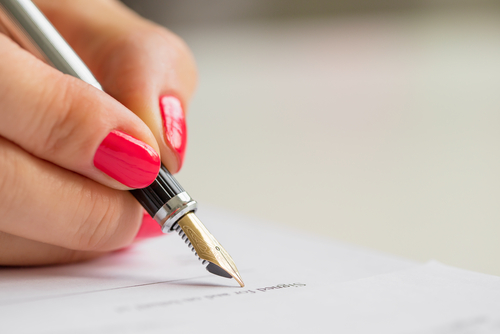 … in a nutshell, it’s an agreement between us as parents and our children, signifying if you refrain from the use of drugs, alcohol, premarital sex and or promiscuity and live a clean, moral life up to the age of 20, we’d give that child $1,000.00 as an ultimate reward for positive behavior.

Okay. Let’s talk about the two issues at hand here.

I don’t begrudge Katie for instilling her values in her daughter — they’re not my values, but they’re also not my kids. Keep in mind that Katie is a Christian, so it’s not surprising that the talks were sex-negative — she told her daughters to remain abstinent until marriage. (There was no mention of whether things leading up to intercourse were allowed or not.)

Needless to say, I see a huge difference between drugs/alcohol — which can do serious damage at any age depending on the kind of drugs and how much of them you take — and sex. There’s nothing “wrong” or “bad” about having sex — or at least doing any of the things that lead up to it — provided that you do it on your own terms, you take safety precautions, and you’re prepared for the consequences (physical/emotional) that may come with it. That happens at different ages for different people and there’s nothing magical about the age of 20. There’s also nothing wrong with anyone who chooses to be abstinent.

I prefer the blunt, honest way Libby Anne approached the subject with her (even younger) daughter:

I’ve taught Sally essentially all of her body parts. We usually do it during bath time. She knows her hands, her belly, her back, even her nostrils. And of course, she knows her private parts too. I don’t see any reason to teach her about all of her other body parts but skip those parts as though they’re some sort of secret, something we don’t talk about, something to be ashamed of.

That just sounds healthier to me.

What Katie’s doing is pushing a definition of “purity” that’s bound to fail as her daughters grow up, becomes more aware of their own bodies, have feelings for other people, and try to repress any urges they have because they think they’re doing something wrong by acting on them.

That’s really where my eyes popped. $1,000 for following mom’s rules? Shouldn’t the reasons Katie gives her daughters for following her rules be enough? It’s as if Katie is saying there’s no real reason anyone should listen to what she says, so here’s a stronger incentive: Cash.

June 5, 2013 Biblical Scholars: Actually, 'Traditional Marriage' Isn't Just One Man and One Woman
Browse Our Archives
What Are Your Thoughts?leave a comment