Evangelist Larry Tomczak at Charisma wants you to know that if you’re a “practicing homosexual,” you’re going to hell, and he’s going to tell you why. 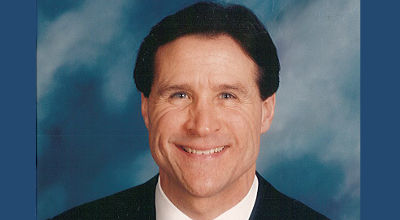 But first, a disclaimer:

I approach this subject not as an angry, mean-spirited extremist but rather in a spirit of humility, as a would-be friend of both supporters and opponents… I want to be part of the generation arising that is not so much imposing but proposing a better way that really does lead to peace, freedom and long-term happiness in human relationships.

I love that. Whenever Christians preface what they’re about to say with, “I’m not one of those mean Christians,” you know whatever comes next is gonna be truly vile. Already, in Part One of his Bigot Trilogy, he assumes that gays and lesbians are incapable of peace and long-term happiness… which may be true since they’re subject to the sort of Biblically-based prejudice people like Tomczak throw their way.

Let’s see what Mr. Totally-not-a-Christian-bigot has to say about homosexuality:

The cause of homosexuality is complex, yet there are common, agreed-upon contributing factors:

He doesn’t provide any citations, but who needs them? These are common, agreed-upon factors to catching The Gay!… at least if you hang out in the same conservative Christian circles as Tomczak.

Also: Don’t forget that the Bible condemns gay sex, along with all those other forms of sodomy:

Scripture throughout forbids us to be sexually involved in seven areas: with parents, with children, with brothers and sisters, with another spouse, with animals, with dead people and with the same sex. These never change.

Oh, and he also throws in a comment from Martin Luther King, Jr.‘s niece that MLK would never have supported civil rights for LGBT individuals… because I guess when he said we should all be judged by the content of our character, he meant to add “Unless you’re a homo.”

You might want to avoid the comments. Because Tomczak mentions the Bible, they think he’s the greatest man ever. You can try offer a counterpoint, but it’s Charisma, so they’ll likely delete it as soon as you post it.

***Update***: I had no idea when I wrote this that Tomczak is currently being investigated for “repeatedly assaulting a woman… with plastic and wooden sticks” and depriving her of “food and water for days on end.” Christ.

June 3, 2013
When People Suffer, God Is Not Teaching Them a Lesson
Next Post