Christian Pastor Claims to Have ‘Irrefutable’ Mathematical Proof for Christianity May 30, 2013 Hemant Mehta

Christian Pastor Claims to Have ‘Irrefutable’ Mathematical Proof for Christianity 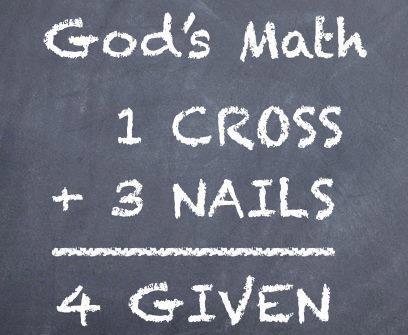 Even if you’re not a mathematician, see if you can detect his error:

God gave us about 300 fulfilled prophecies in the Person of Jesus Christ.

There is no way one man could have fulfilled all 8 of these prophecies unless God was making it happen. Who else controls history? Who else could give us such irrefutable proof for Christianity? The odds are one in one hundred quadrillion, or 1 in 100,000,000,000,000,000.

Having trouble finding the mistake? I understand. Math can be difficult.

The error Delzell made is that he pulled the entire proof out of his ass. But the best part is that he keeps going:

You don’t have to be a mathematics professor to see that this evidence is irrefutable… It is impossible that Christianity is false. The math proves it, and the Man behind the math rose from the dead, just as it had been foretold.

Of course, Delzell doesn’t explain how he arrived at the perfectly improbable odds, only that it’s next to impossible for Christianity to be wrong. (He actually got the number from a Christian apologist, Peter Stoner, who died in 1980. Stoner made it all up, too, but at least he offered some reasoning.) Meanwhile, I’m guessing Delzell can’t fathom why anyone would believe in the Big Bang.

To their credit, most of the commenters at the Christian Post appear to be completely embarrassed by Delzell’s article.

May 30, 2013 Creationist Researcher Journal Tackles Issue of Whether 'Adam' Was Real
Browse Our Archives
What Are Your Thoughts?leave a comment