Even Though the Scenes Were Eventually Cut, Penn Jillette Tried to Get Atheist Donors on All-Star Celebrity Apprentice May 27, 2013 Hemant Mehta

Even Though the Scenes Were Eventually Cut, Penn Jillette Tried to Get Atheist Donors on All-Star Celebrity Apprentice

After the All-Star Celebrity Apprentice finale aired last week, the conversation on this site was about how eventual winner Trace Adkins called runner-up Penn Jillette the “most ethical atheist I’ve ever met” and how that wasn’t really a compliment.

In fact, that wasn’t the only mention of atheism on the show. The week before the finale, Penn actually said that American Atheists was contributing money to his team (at 58:43 in the episode below):

It turns out Penn tried really hard to get positive atheism on the air — multiple times — only to have his efforts squashed by the editing crew. It’s not that he’s mad or upset about that — most of what happens on any “reality” show gets cut, and speaking about atheism positively might stir up a different type of controversy than the kind the producers want to see — and Penn hasn’t spoken out about his behind-the-scenes efforts.

Philanthropist Todd Stiefel was one of the atheists involved in the taping. Now that the show is over, he wanted to share what he experienced:

The reality is that Penn did a lot behind-the-scenes to try to show atheists in a positive light on the show. Not only was he very open about his own atheism, he tried to get atheist altruism on the air. Sure, getting atheists to donate helped his team raise more money to win, but bringing up atheism very publicly on the show was also a major risk of conflict that could have cost him with a cast composed of several evangelicals.

When they were filming the first episode of this season back in the fall, Penn contacted me. This was a bit of a surprise given that I didn’t know him well. We had only spoken before when I had been a guest on his podcast to talk about the Foundation Beyond Belief campaign to raise money for The Leukemia & Lymphoma Society.

Penn asked if I was willing to take a chance at getting atheist altruism on TV. He was very honest that he could get “atheist giving” filmed, but that it could easily be cut out by editors given the vast amounts of footage they take. I decided to take the gamble and flew up to New York City to help him out, fully recognizing it may amount to nothing for breaking down false stereotypes — but, on the positive side, at least all donations would help good charities.

Trace Adkins, the team captain that week, was the first person he introduced me to. Sure enough, Penn promptly gathered the cameras and explained that I was an atheist who had come to donate $10,000 to their charity drive. So I can confirm that Penn is not the only atheist Trace has met. While we spoke only briefly, Trace was very appreciative and friendly. He treated me well regardless of our differences in belief. For example, comedian Gilbert Gottfried was also there to donate. He requested a picture with the cast and I stepped out of the way assuming Gilbert would not want some random guy in the picture. Trace, a hulk of a man, gently grabbed me by the shoulder and pulled me into the picture. It was a gesture of kindness and inclusiveness.

I say this because I think Trace Adkins may not have chosen the words carefully when he called Penn “the most ethical atheist I’ve ever met.” But I don’t think he is prejudiced against us. I think he has had positive experiences with very “out” atheists. If anything, I would guess that he would be a Christian ally for equality for freethinkers.

A few weeks later, Penn and his manager reached out again. He had made it through a few rounds and asked if I would come up again for their new challenge: selling styrofoam art created by the apprentices. This time, I decided not to go, but instead gave a special donation of $10k from my foundation to American Atheists. Dave Silverman went and was filmed giving a check to their charity on behalf of AA. In exchange, Penn gave them art he had created inspired by the AA atom logo. 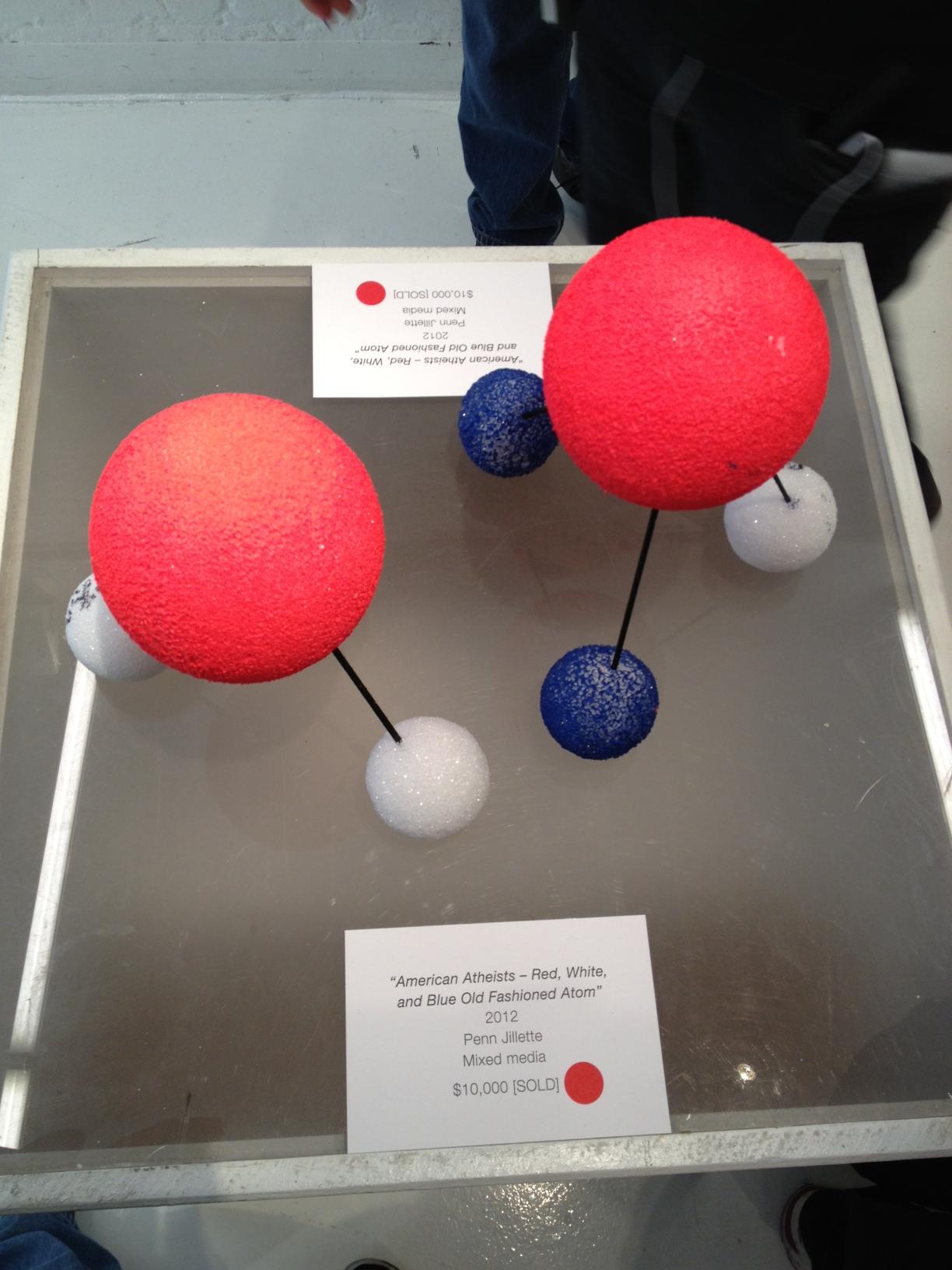 At this point, none of the shows had aired and we had signed confidentiality documents to not reveal what had happened. So I had no idea if my gambles were going to pay off. Later, I received a third call, this time to learn that Penn had made the finals. Penn and his amazing, hard-working manager, Glenn Alai, wanted me to come to NYC to support their final push and get another chance to continue the theme of atheist giving. I flew up with my wife to take one last attempt. Penn got the cameras to film us making a $30,000 donation to Opportunity Village (his charity of choice) and was sure to once again point out that I was an atheist to the cast and cameras. I then got to stay for a very entertaining party. 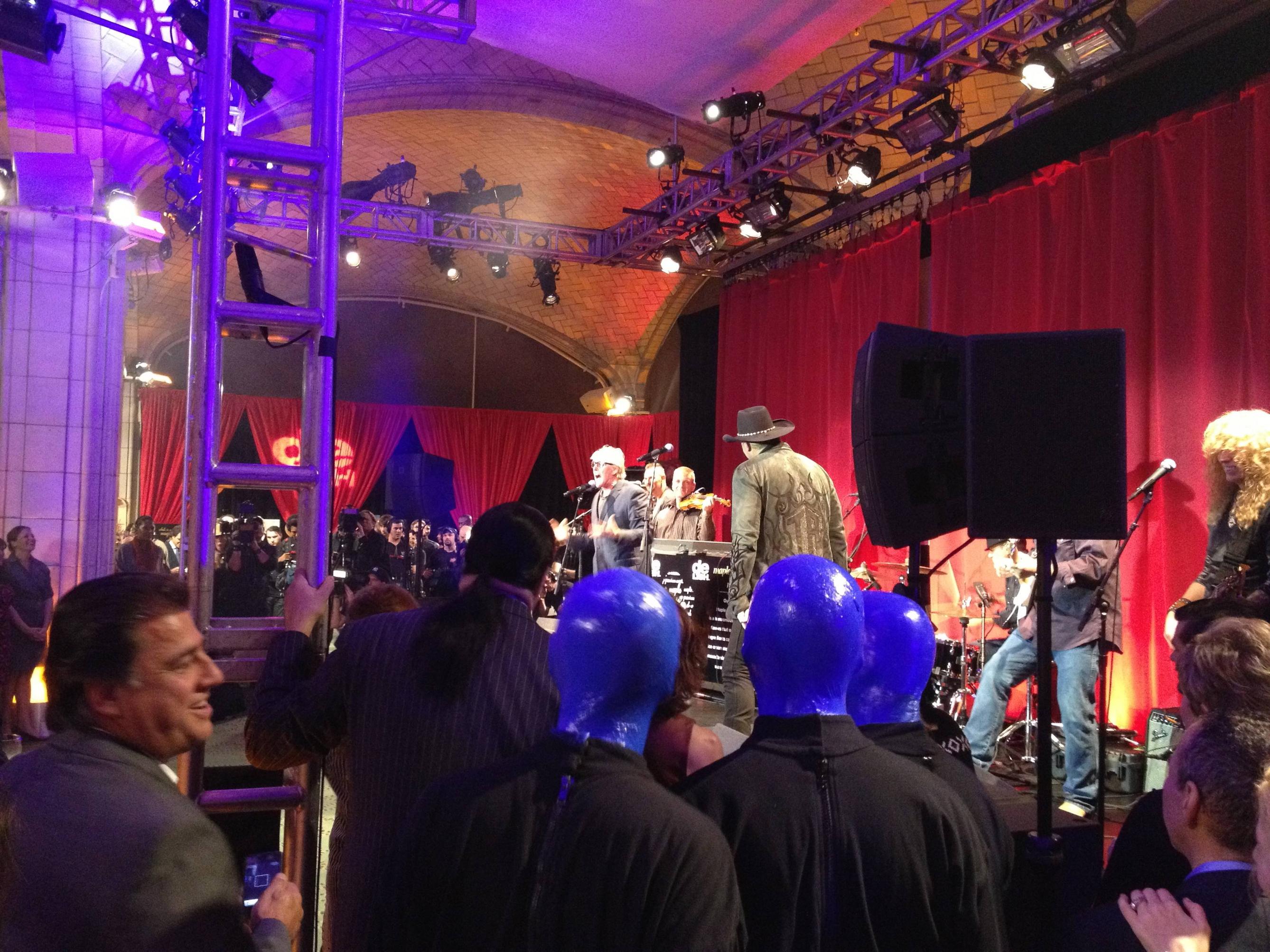 Unfortunately, not a single one of these clips made it on the air despite Penn’s best efforts. But we he did succeed in three key areas.

First, the charities benefitted a great deal. Second, Penn talking about American Atheists supporting him in the finale did make it on air (albeit for just a moment). Apparently, there was a great deal of debate behind-the-scenes if that should be included in the edit, but it eventually made it. Finally, and most importantly, Penn did a great job representing atheists in a positive, public way, week after week, on national TV. He was open about his beliefs and those of the people supporting him. He changed minds and broke down negative stereotypes of freethinkers. For that, Penn has my thanks for his amazing activism.

American Atheists’ President Dave Silverman confirmed his role in this story for me and added that he had a great experience on the set. He was treated very well, all the celebrities were wonderful, and Gary Busey even taped a “Happy Birthday, American Atheists” message on the spot:

Even though the producers may not have wanted atheism to become part of the show’s storyline, Penn’s openness about his beliefs practically forced them to at least mention it on occasion and that’s a huge bit of positive publicity.

May 27, 2013
A Catholic Website's Sneaky Spin on the Atheist-Lit Case in Georgia
Next Post