Two Religious Schools in New Jersey May Receive More Than $11,000,000 in Taxpayer Money

Governor Chris Christie’s administration in New Jersey recently proposed how to spend more than $1,300,000,000 in “construction projects at colleges and universities.” What’s not up for debate is the amount of money — the voters approved funding the state’s institutions of higher learning for most of this amount (later combined with other technology and infrastructure funds) back in November. What is up for debate is how all that money should be doled out — which schools should get how much? That’s a conversation the people of New Jersey need to have with their representatives and it’s one that state representatives are having with the Governor’s administration.

What’s particularly noteworthy to those of us who support church/state separation are two of the 46 proposed recipients. They’re both religious schools: 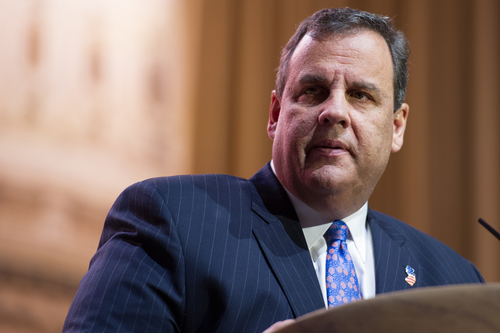 How is that legal? Why is more than $11,000,000 going to private religious schools? Why is the state giving money to schools that discriminate when they hire faculty?

State representatives want some answers to that, too:

State Sen. Paul Sarlo (D-Bergen) questioned whether the award to Princeton Theological Seminary is legal. The money for the seminary is scheduled to come from the state’s Higher Education Technology Infrastructure Fund, even though the legislation for the fund says such awards can only go to state-funded institutions, Sarlo said.

“It appears it’s in conflict with the rules and regulations,” said Sarlo, chairman of the Senate Budget and Appropriations Committee.

After the hearing, Michael Drewniak, a spokesman for Gov. Chris Christie, said the grant to the seminary is “under review.”

So far, Secretary of Higher Education Rochelle Hendricks isn’t answering any questions about why taxpayers should have to cover schools that only admit students of certain faiths.

“I am not going to comment any further. Thank you,” Hendricks said, cutting off questions from frustrated state senators.

The state legislature has the power to do something about this. Considering that millions of dollars are about to be used to promote religion — putting the legislation in Constitutional jeopardy and putting the state on the hook for all the legal costs — they need to do the right thing and vote down the entire proposal. (It’s all or nothing.)

One twist to the whole story: Christie had good reason to offer the Jewish school that much cash:

If you live in New Jersey, contact your representatives and tell them to reject this proposal immediately.

(Image via Christopher Halloran / Shutterstock.com. Thanks to GodVlogger for the link)

May 8, 2013 Are We Really Still Debating This?
Browse Our Archives
What Are Your Thoughts?leave a comment