Last year, young science advocate and activist Zack Kopplin was honored with one of four “Hugh M. Hefner First Amendment” awards (named after the Playboy founder) and accepted it at the famed mansion:

They just announced one of this year’s winners and she, like Zack, is well known to the atheist community and very deserving of the honor. So congratulations to Jessica Ahlquist 🙂 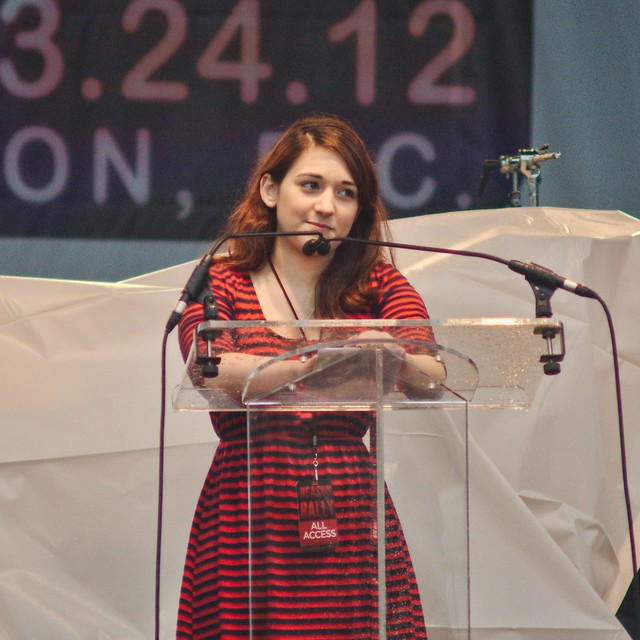 Ahlquist, 17, is scheduled to speak at the Playboy Mansion in Holmby Hills, CA on May 22nd where she will receive a Hugh M. Hefner First Amendment Award. The award in the Education category — $5,000 cash and a commemorative plaque — is for Ahlquist’s “courageous and successful lawsuit” in the Cranston prayer banner case…

The full list of winners will be released later this week.

I spoke with Jessica this afternoon and asked her what went through her mind when she found out:

I was so shocked when I heard that I was going to be honored with this award. At first, my activism doesn’t seem like it could possibly be connected to Hugh Hefner or Playboy, but when you think about it, we both advocate for the First Amendment. That’s what the award is really about. I’m so flattered and I’m definitely looking forward to the ceremony and meeting all of the other amazing awardees.

She’ll be in great company, no doubt.