Columnist: We Must Save Our Schools from Creationism May 3, 2013 Hemant Mehta

Columnist: We Must Save Our Schools from Creationism

Syndicated columnist Tina Dupuy was raised as a Creationist but eventually discovered science. In a recent column she talked about why it’s so important that we not let Christian myth make its way into our public schools and she does it with the sort of rhetoric you rarely see from people who don’t have a personal stake in the matter: 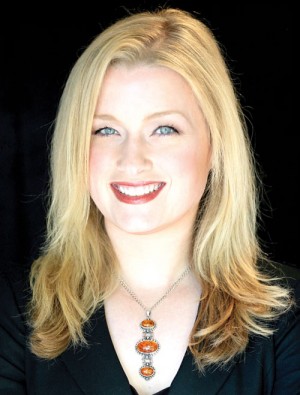 First off: you don’t “teach” creationism, you deny science, evidence and reason with a story. Second: Going to the doctor instead of praying is already putting faith in science over religion. That debate is over (unless you’re a Christian Scientist). “Teaching the controversy” is teaching two myths: creationism and that there’s a lack of scientific consensus on evolution. There’s a lack of political consensus on creationism, but that’s it.

The creation myth doesn’t harm children; creationism harms schools. Universal public education is there for the public good (a phrase Republicans replaced with the word “takers”). If they’re not teaching basic science then they’re not doing what we need them to do. The integrity of our public schools is what’s at risk.

I love the column, but I would take issue with the idea that Creationism doesn’t harm children. Unlike teaching kids about Santa, which Dupuy compares it to, when you tell your children the Bible is literally true, you’re making them choose between their parents/pastors and their teachers. Those sides should be a natural partnership but Creationists turn science educators into enemies. (Dupuy even asked her mother why she had to go to school if they were teaching her lies and her mother said, “because that was the law.”)

It’s even worse if you’re homeschooled, since those parents are basically telling children it’s their beliefs against the world and everybody else is the problem.

The column, because it’s syndicated, has racked up all sorts of crazy letters-to-the-editors in several papers:

I believe it is preferable, and truly wise, to, by faith, believe that “In the beginning, God” and then go forward with that premise. [Link]

From the article it sounds like she has some real issues with her mother. It may be good therapy for her to vent in the column, however she submits NO scientific evidence of the evolution theory. The only item she mentioned was when she wrote, “There’s plenty of self-evident evidence (see: the flu virus). …”. A virus is not even a living organism. [Link]

Try to loosen up a little, Tina. The “lesser minds” such as Sir Issac Newton for example, or the thousands of contemporary learned peer reviewed scientists and physicians along with the majority of the inhabitants of Planet Earth who espouse spirituality of one type or another and agree that there might just be forces at work in this world that even “great minds” such as yours & your companions cannot explain, empathize with your repeated childhood traumas — particularly those ones revolving around Santa Claus. Never the less try to realize that despite the conflicting theories and differences of opinion and faiths that abound, you of all people ought to be grateful for that “freedom of choice” that liberally allows certainly for each us to pursue belief systems unencumbered and unmolested. [Link]

I feel we all need to take a real close look at our eternity and each person needs to decide for themselves what they will believe. The importance of an eternal punishment is too much to not investigate. To just believe what others tell you is foolish.

Knowing that the evolution theory was brought to light by one man, a person just like us, named Darwin, justifies further investigation on our parts. He could only guess with little to no real facts about what a prudent and informed person cannot believe.

I say, “Let us give our children the oppertunity to see the truth of our origin, existence and future.” We need creation taught in our schools. [Link]

May 4, 2013 Watch This Fundamentalist Muslim Cleric Flip Out When an Egyptian TV Host Takes off Her Hijab During an Interview
Browse Our Archives
What Are Your Thoughts?leave a comment