Tomorrow, Atheists Will Protest for Free Expression: We Have to Make Them Care May 1, 2013 Paul Fidalgo

Tomorrow, Atheists Will Protest for Free Expression: We Have to Make Them Care 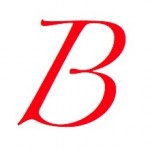 Tomorrow, a coalition of atheist and secularist groups will hold (mostly) coordinated protests on behalf of the jailed atheist bloggers in Bangladesh. My employer, the Center for Inquiry, is among those leading the effort. I’m writing so that I can convince you to attend one, if you’re near enough to do so, and to share the fact of the protests with everyone in your social networks. Why? Because, yeah, it’s about the bloggers, but it’s not just about the bloggers.

Atheists in the U.S., in Canada, in Western Europe — we are by no means everyone’s favorite ideological/”religious” minority. But we, for the most part, enjoy the same liberties and freedoms that everyone else does in our respective countries. Folks might complain about us, write pointed op-eds, rail against our evil secularist incursion into government, or troll us with angry comments and blog posts (oh wait, that last one we do to each other), but we’re okay. We’re still at it. We’re, for the most part, safe.

The fellas in Bangladesh, they do what we do, they think similarly to the way we think, and they’re in jail because of it. More who are like them have been threatened with arrest. A newspaper editor who has been an opponent of the government’s was arrested, and they cited his reprinting of quotes from the bloggers as one of his crimes.

Oh, and tens of thousands of people swarmed the streets of Dhaka to demand harsher laws and to threaten mass violence if they don’t get what they want. Tens of thousands.

It’s nothing less than a human rights crisis. And it’s prompted us to begin this coordinated effort.

In Indonesia, there’s Alexander Aan who admitted doubt in God on Facebook, and was beaten by a mob and convicted of blasphemy. And now we have five schoolgirls, who did a silly dance to pop music and included Muslim prayers in it, charged with blasphemy. (Turned in by their own school, no less.)

In Egypt, there’s Alber Saber, who also posted about atheism to Facebook and the blogosphere, and he was arrested, had his throat cut, survived, and was then convicted of blasphemy.

In Turkey, a renowned pianist, Fazil Say, was convicted of blasphemy just a couple of weeks ago (though his case his reportedly now being retried).

There are countless others — in recent months no less. (To review many other instances, visit CFI’s Campaign for Free Expression.) They’re not all atheists by any means, but they are people who had a thought and expressed it. And just because it doesn’t jibe with the religion of the state or the culture, they are punished, often severely. As we see in Bangladesh, even when the government cracks down, it’s not enough to satisfy a lust for religious revenge.

So it’s not just about atheists. It’s not even just about religion. It’s about a watershed moment in civilization in which we as a species have to decide if we’re really going to let each human being be his or her own person, and think and speak and believe as they see fit, or if we will let every little fiefdom’s lord, or any given zealous mob, dictate what is and is not okay.

One of the greatest tragedies about this global crisis is that it goes relatively unnoticed, or unnoted, by the political establishment. It’s either seen as not widespread enough of a problem to warrant serious attention, or they do not sympathize sufficiently with the victims’ plights. I don’t know.

For one thing, you can still help CFI send the message we put out a couple of weeks ago to the U.S. State Department on the issue of Bangladesh specifically.

But you can also show up: If you’re near enough, you can go tomorrow to the protests in Washington, Ottawa, Toronto, Calgary, London, and even right in the heart of the beast, Dhaka. You can hold a protest in your own city — and let us know if you do at cfe@centerforinquiry.net. (I don’t live anywhere near one of these areas, but I’ll be doing all I can to drive attention to the events that are going on from my fortress of solitude.)

If you did show up to one of the protests held by American Atheists or other groups, thank you. Due to the building collapse in Bangladesh and the following National Day of Mourning, CFI and other groups decided to postpone one week, and other groups opted to go ahead. But we can’t let the fact that there have been two separate events dilute the message or dissipate the momentum. The crisis didn’t end because some folks already protested, and we didn’t stop paying attention, not by a long shot. But we have to show them.

And at the very least, you can tell your friends about it. Tell your family. Tell your elected representatives. Tell them what we’re doing, why we’re doing it, and why they should care about it, too.

It may not save these bloggers right this moment. But that arc of history isn’t going to bend itself toward justice. We have to start bending it ourselves.

May 1, 2013
There's No Reason Atheists Should Be Excluded in These Cases
Next Post