Guess Who Won the ‘Charles Darwin’ Award from the Tribeca Film Festival?

Daniel Dennett once called evolution the “single best idea anyone has ever had.” It was so revolutionary in what it explained and how simply it could explain it that Charles Darwin’s legacy was cemented the moment his name became synonymous with the idea.

Each year, the Tribeca Film Festival awards people who have similarly pushed the boundaries in their respective fields — what they call “disruptive innovation.” And this year, the Charles Darwin prize went to… Glenn Beck: 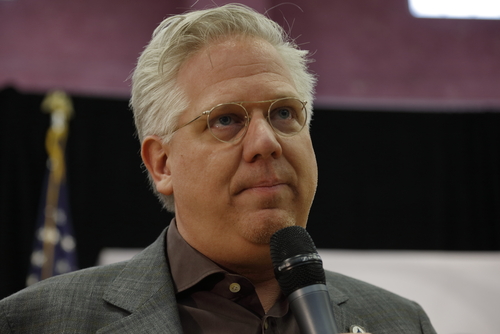 Radio and television impresario Glenn Beck has led a fascinating yet controversial career. What is not controversial is the highly disruptive innovation he has launched with The Blaze, a new and all-encompassing media source focusing on the internet and television, that may disrupt the traditional media business model. With majority ownership and accountable to his viewers and himself The Blaze is being closely watched by the media industry for its groundbreaking innovation.

Incidentally, Beck once called Darwin “the father of modern day racism” and said that “Charles Darwin is the father of the Holocaust.”

But I don’t think he’s returning the award anytime soon.

Sarah Jones at PoliticsUSA doesn’t argue on the merits of the awards, but she, like me, is appalled by the connection:

A prize named after Charles Darwin is going to a religiously oriented conspiracy artist, who made a killing selling gold and crazy chalkboard theories on Fox News. Now he’s taken it to the web, quite successfully. Evolution, along with mutation, migration, and genetic drift… It’s natural selection, only in reverse. “Survival of the unfittest,” if you will.

I always hoped Beck would win a Darwin Award. I just wasn’t expecting it would be this one.

April 29, 2013 How Can Atheists Make a Real Difference in Our Society?
Browse Our Archives
What Are Your Thoughts?leave a comment