New Zealand Teacher Claims He Was Fired for Being an Atheist April 20, 2013 Paul Fidalgo

New Zealand Teacher Claims He Was Fired for Being an Atheist 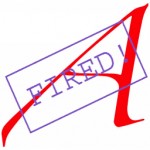 Christopher Scott Roy, a former teacher at Tamaki College in Aukland, New Zealand, is claiming he was fired for being an atheist.

Roy, who left the public school in 2010, describes the school’s outlook as being one that “saw Christian/Mormon faith as a core responsibility to which he was indifferent and reluctant to accept or practice as a condition of his employment.”

According to the reporting by APNZ, Roy had originally settled his grievances with the school, but now claims that he was “under duress and had no access to legal advice at the time the record of settlement was signed.” The school so far has not commented.

From here, it’s impossible to know for sure what might have really happened, but a hearing is now scheduled for sometime in May.

April 20, 2013
An Open Apology from the Christian Church to All Gay People
Next Post