Should Churches Pay a City Fee for Safety Inspections?

If a church catches on fire, the city fire department comes in to help.

If there’s a crime on church property, the city police will come in to investigate.

The church pays no taxes for this, of course, but they benefit from being part of a city.

So what about city-mandated safety inspections? They can’t get around that in East St. Louis, Illinois, so the City Council assessed all churches and non-profit groups a $100 fee.

Now, the pastors are flipping out… partly over semantic issues since the city is calling this a “fee” which the churches are calling it a “tax”: 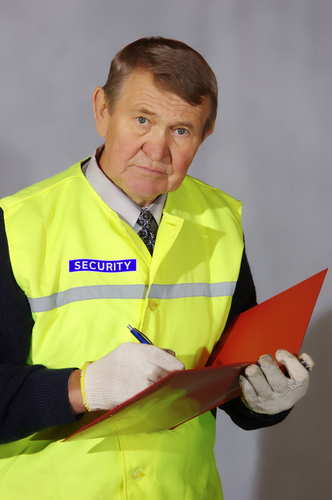 “Why you want to tax God’s house?” one pastor boomed at [Mayor Alvin] Parks. “Churches are struggling. This is a low blow.”

“I see the condition of the city and it hurts my heart,” said yet another. “But to come after the church — that’s not right.”

Mayor Parks gave all churches the option of paying their own way for the safety inspections — without city interference — but it would cost a lot more:

A pastor asked how much it would cost to train a member of his congregation to get the proper building inspection certification. Somewhere between $500 and $1,000, he was told. But even such inspections would not satisfy safety standards, Fire Chief Jason Blackmon told the pastor.

“I didn’t want to say this earlier,” Parks told the pastors. “But it’s so much easier to just have the city do it.”

So it’s in the best interests of the churches to have the city inspect their buildings — for both the city and the parishioners — but they want the city to do it for free or not at all. I guess they think they’re above such pedestrian fees because of the valuable myth-spreading services they provide…

There was one part of the article that surprised me:

Church-state separation advocates say by demanding payment of churches for city services, and levying fines for nonpayment (and potentially putting a church in jeopardy of shutting its doors), a municipality would be entangling itself in church affairs.

So it’d be a violation of church-state separation to ask the churches to pay up? I had to run that by the Freedom From Religion Foundation and this is what co-president Annie Laurie Gaylor told me:

If the city assesses everyone — including other [tax-]exempt organizations, such as schools, educational charities, etc. — $100.00, there is no discrimination.

In many situations, states have adopted language that specifically exempts churches from having to comply with basic safety requirements, and this is wrong-headed, even including churches housing daycares, for example, which can result in tragic fires and subject citizens to undue risks. The state has a bona fide interest in securing public safety and it makes sense for every entity to pay their fair share.

The churches should do the right thing and pay up just like everyone else. This isn’t extortion. This isn’t unfair. This is for the safety of everyone inside and outside the church.