For a while, there was hope.

Catholics and concerned non-believers alike wondered if perhaps this Pope, who showed signs of humility that were missing in his predecessor and who spoke about refreshing and renewing the institution, would take decisive action on the international epidemic of Catholic officials shielding child-abuser priests. After all, this was no Cardinal Dolan, who paid abusers to voluntarily leave their positions, nor a Cardinal Oscar Rodriguez Maradiaga who said he would rather go to jail himself than allow the authorities to investigate accused priests. 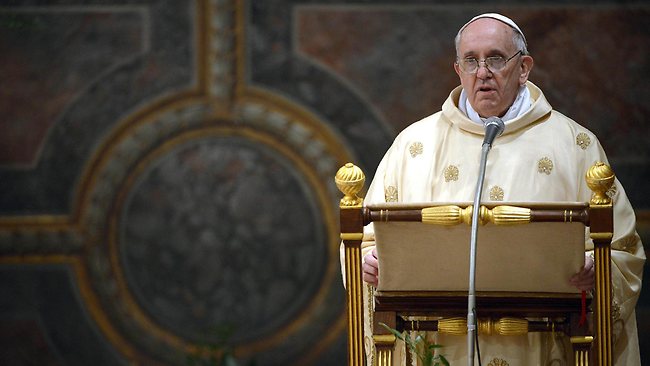 Former Cardinal Jorge Mario Bergoglio never went quite that far. But, as Nick Miroff of the Washington Post reports, the new pontiff’s record on sexual abuse leaves much to be desired.

Abuse victims in Buenos Aires complain that, while acting as their cardinal, the new pope refused to meet with victims, offer financial restitution to suffering families, or even extend personal apologies to abused children under his care. They describe a sluggish, foot-dragging response to accusations of child-molesting, and a pastoral leader who preferred to keep silent about the problem rather than fiercely denouncing the evil of priestly sexual abuse.

… Bergoglio — now Pope Francis — has declined to meet with the victim of the priest’s crimes or the victims of other predations by clergy under his leadership. He did not offer personal apologies or financial restitution, even in cases in which the crimes were denounced by other members of the church and the offending priests were sent to jail.

It’s not that he’s any different from the other Catholic leaders in this; he’s not. That’s the tragedy of this story. He’s as myopic and morally blinkered as anyone else in the Catholic hierarchy.

Since the problem of molester priests is only beginning to come to light in South American Catholicism, he could have done a great deal of good by confronting it directly, setting the stage for leadership and moral clarity in those under his care. Instead, he has upheld the traditional approach: burying his head in the sand and showing reluctance to address a moral issue that should be profoundly unambiguous.

Some suspect the former cardinal’s denial goes even deeper, based on the sensational case of Father Julio Cesar Grassi, a popular Buenos Aires priest and founder of a charitable foundation for children, Felices los Niños (“Happy Children”). Grassi was convicted in 2009 of having molested three pre-teen boys, though he remains free (pending appeal) and continues to live close to the Felices los Niños dormitories. Advocates for abused children are troubled by the close relationship Grassi shared with Bergoglio in his glory days and wonder how much Bergoglio knew and chose to ignore.

One thing is certain: once Grassi’s accusers came forward, Bergoglio did little to condemn the disgraced priest. Even after his conviction, Grassi has not been removed from the priesthood. In fact, Bergoglio led a team of church officials in producing a report declaring — contrary to the evidence — that the accusations leveled against Grassi had been false.

The Grassi affair remains an isolated case, and there is no evidence beyond the close friendship between the two men to suggest that Bergoglio knew about the attacks before the victims came forward. However, his response to the case — combined with Bergoglio’s policy of quietly ignoring abuse victims — does not bode well for the Catholic Church’s future response to the crisis of child-molesting priests.  If past precedent is any indication of this new pope’s future behaviour, we can expect to see continuing denial and silence on the widespread sexual abuse within the Catholic priesthood.