The more we hear about Pastor Jack Schaap, the worse his story gets. 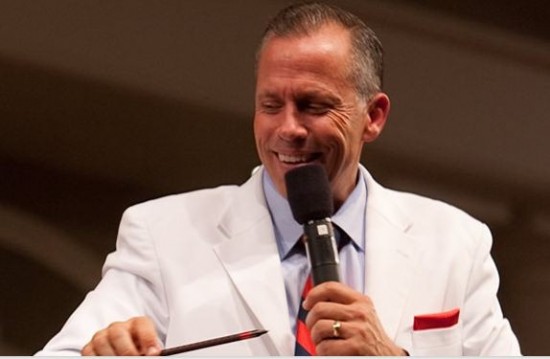 First, it was an extra-marital affair.

Then, it was an extra-marital affair with a teenager.

Now, we learn, it was an extra-marital affair with a teenager that was approved by Jesus Christ:

Schaap wrote the girl, “You opened your heart wide to me — you made me more than a Pastor/Rescuer — you made me your friend your confidant, your beloved. You gave me your trust, your heart, your love, + your affection,” according to the memo.

Schaap continued that their relationship was sanctioned by God and he referred to their “fantasy talk” during a counseling session. “You have affectionately spoken of being ‘my wife.’ That is exactly what Christ desires for us. He wants to marry us + become eternal lovers!”

Perhaps the most disturbing part of the prosecution’s testimony:

Prosecutors said the two had sex in his office while a youth conference was underway at the church in July 2012.

It looks like he could be spending the next decade in prison. We’ll find out in a week when his sentencing takes place.

(Thanks to Brandon for the link)

March 15, 2013
Why Won't Marcus Mumford Call Himself a Christian? I Have a Few Theories...
Next Post