If You Care About Children, These Would Be the Worst and ‘Least Worst’ Popes March 11, 2013 Sara Lin Wilde

If You Care About Children, These Would Be the Worst and ‘Least Worst’ Popes

Chicago-based advocacy group SNAP (Survivors Network of those Abused by Priests) is keeping a close eye on the upcoming conclave, hoping for a Pope who will responsibly address the problem of priestly sexual abuse and the ensuing cover-ups, with due focus on protecting the victims instead of protecting the Church.

To that end, they’ve taken a close look at the papabili and released a list of those who they think would be disastrous for Catholic children… and who would be “least worst”. 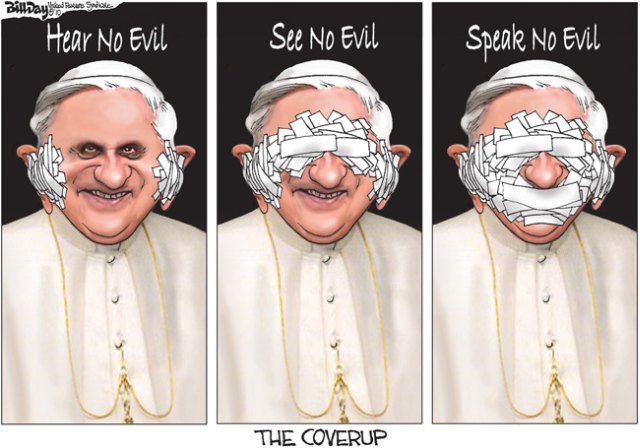 Perhaps tellingly, they could only find three candidates they liked amongst the numerous candidates and only two actual Cardinals. (Their third candidate, Archbishop Diarmuid Martin, hasn’t yet risen to the position of Cardinal, but would still technically be eligible for the papacy according to church rules. In reality, however, the last non-Cardinal to become pope was elected in 1378.) That means that, from the standpoint of childhood sexual abuse, their hopes rest primarily on Cardinal Luis Tagle of the Philippines and Cardinal Christoph Schönborn of Austria.

Tagle notably called for a pro-active approach to sexual abuse, which would simultaneously minimize scandal and keep children safe from repeat offenders. He has deplored accusations that the media is being anti-Catholic when it reports on such scandals, insisting that the Church should be prepared for fair scrutiny just like any other institution that might cover up or conceal abuses.

Schönborn has faced disciplinary action for his willingness to publicly criticize Catholic officials who conceal abusers. Specifically, he criticized Cardinal Angelo Sodano for blocking investigations into the crimes of a (now-deceased) Austrian Cardinal, and for dismissing accusations of abuse as “petty gossip.” His reputation as a liberal thinker makes him an unlikely candidate in a conclave stuffed with conservative appointees by Popes Benedict and John Paul II.

Unfortunately, most of the likely candidates appear on SNAP’s “Dirty Dozen” list, and with good reason:

Spokesmen at the Vatican shrug off the list; the cardinals are under no obligation to take the laity’s opinions into consideration when voting. One of Timothy Dolan’s own spokesmen added that SNAP has “little to no credibility” within magisterial circles.

That’s probably true, but it’s deeply unfortunate. Once again, the Vatican shows its unwillingness to listen to those most affected by the self-interested way it wields its power.

March 10, 2013
Richard Dawkins Appears in Ned Flanders' Nightmare on The Simpsons
Next Post