Florist to Gay Customer: Jesus Won’t Let Me Do Your Wedding

A florist in Richland, Washington says she won’t provide flowers for a gay customer’s wedding because of her relationship with Jesus: 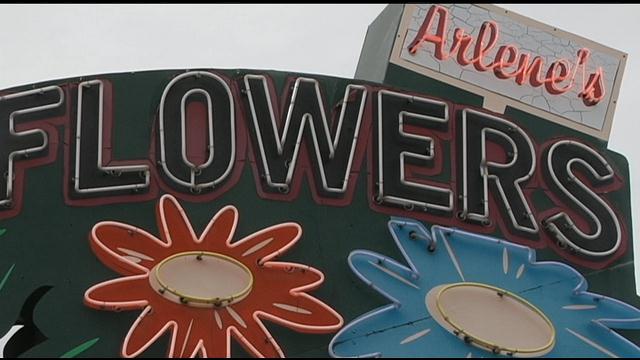 Rob Ingersoll has been a customer at Arlene’s Flowers for nine years. When he and his partner Curt got engaged recently, he knew he’d ask Barronelle Stuzman, their favorite florist and the owner of Arlene’s, to prepare the flowers for the wedding.

He wasn’t ready for her to shoot him down:

When he asked her, Stuzman politely declined. “And I just took his hands and I said I’m sorry I can’t do your wedding because of my relationship with Jesus Christ,” said Stuzman, who believes marriage should be between one man and one woman.

Ingersoll said he and his partner have been devoted Arlene’s customers for years and that the owner must have known they were gay, as they often sent flowers to each other. Regardless, she’s not changing her mind and she sees nothing wrong with her actions:

Stuzman insists she does not discriminate against same sex couples or any group for that matter. “We hire gay people. I have friends that are gay, that wasn’t the issue. The issue is that I just didn’t want to participate in the marriage,” she said.

Stuzman violated Washington’s anti-discrimination law by refusing Ingersoll service. Several attorneys have contacted Ingersoll about the case, including the ACLU, but he says he’s not sure if he’ll take action against her. In the meantime, as is often the case in stories like this one, the social media backlash against Stuzman will take care of the rest:

Bigotry and discrimination are always painful, but it’s especially stinging when it comes out of nowhere from someone you thought was above it. I certainly hope Rob and Curt’s marriage is much more loving and open than this woman’s “relationship” with Jesus.