I have finally found my favorite opening paragraph of anything ever. It’s seriously the “Call me Ishmael” of my generation:

For many girls, the Super Bowl performances on Sunday were a celebration of femininity and girl power. Talented artists like Beyoncé Knowles, Kelly Rowland, Michelle Williams, Alicia Keys and Jennifer Hudson sang and danced on the media’s largest stage of the year: The Super Bowl. But imagine with me for a moment if all of this star power, talent, femininity and glamour was used to exalt the name of Jesus.

Oh my word, that had a surprise ending, didn’t it?

Just a quick thought on that:

Hudson performed America the Beautiful.  With a student choir.  The Sandy Hook students, to be exact.  She literally wore a turtleneck: 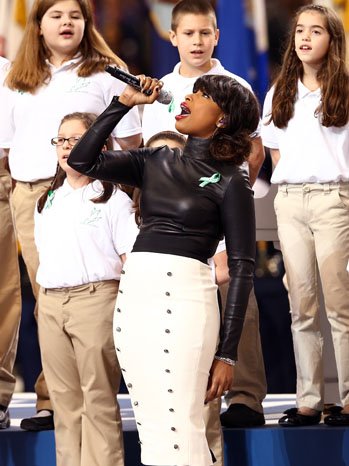 I don’t want to go too much into the specifics what Shull wrote about Beyoncé’s performance, because it’s a lot of Bible quotes about how ladies need to cover their junk up and how we should do everything for Jeeezus, and we’ve all heard it all before. 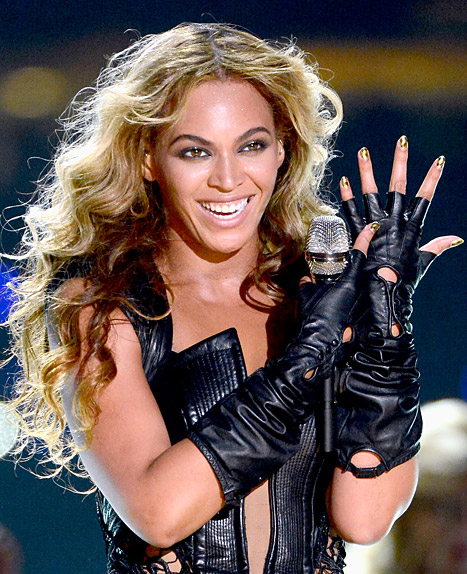 What stuck in my craw is that Shull accuses Knowles (a wife and mother, let us not forget!) of hypocrisy:

Beyoncé has this beautiful gift, that the enemy (Satan) has twisted to use for his kingdom. Beyoncé was born into a Christian family and she said in one her first popular songs, Survivor, “I’m not gon’ compromise my Christianity (I’m better than that)”.

What is Christianity? It is following Christ. Christ has called us to follow Him. It says in 1 Corinthians 8:13 that if what we do causes another believer to stumble, then we should have no part in it. And then Jesus says that even if a man looks at a women with lust for her, he has already committed adultery with her in his heart (Matt. 5:28). The way Beyoncé is displaying her body to people causes men to stumble and influences women to follow her behavior.

I guess Beyoncé is Christian-ing wrong? Also, she is making all of those poor innocent men watching her show feel all lusty and whatnot.

There are two things that specifically bother me about what Shull says: First and foremost, Beyoncé can dress and dance however she wants. Shull says, “My heart longs for a generation to rise up and stand for purity.” You mean, a generation when young women who had sex or were perceived as sexual were considered impure? Because that’s still a mindset in plenty of places around the world if you miss it so much. In fact, Jennifer Hudson’s getup would probably be a little too scandalous for some tastes.

Secondly, wasn’t there a pretty important part of the Bible about not judging people?

If Beyoncé calls herself a Christian, then I don’t believe it’s up to you, Ms. Shull, to say otherwise.

So what if she’s performing for a paycheck? Are you getting paid to write your article? If so, does that negate all of the goodness you think you’re doing?

Honestly, it’s hard for me to pick apart this article because I think the whole thing is stupid. What Beyoncé or Jennifer Hudson or Alicia Keys do is their own damned business. If you think they’re bad role-models, then don’t let your kids watch them perform.

February 13, 2013 BuzzFeed Addresses the '15 Questions Atheists Are Sick Of Answering'
Browse Our Archives
What Are Your Thoughts?leave a comment