Recently, the San Diego Coalition of Reason put up a billboard intended to respond to the Christians who say they have a “personal relationship with Jesus”:

A bunch of members of the coalition groups gathered over the weekend to take a photo underneath that billboard: 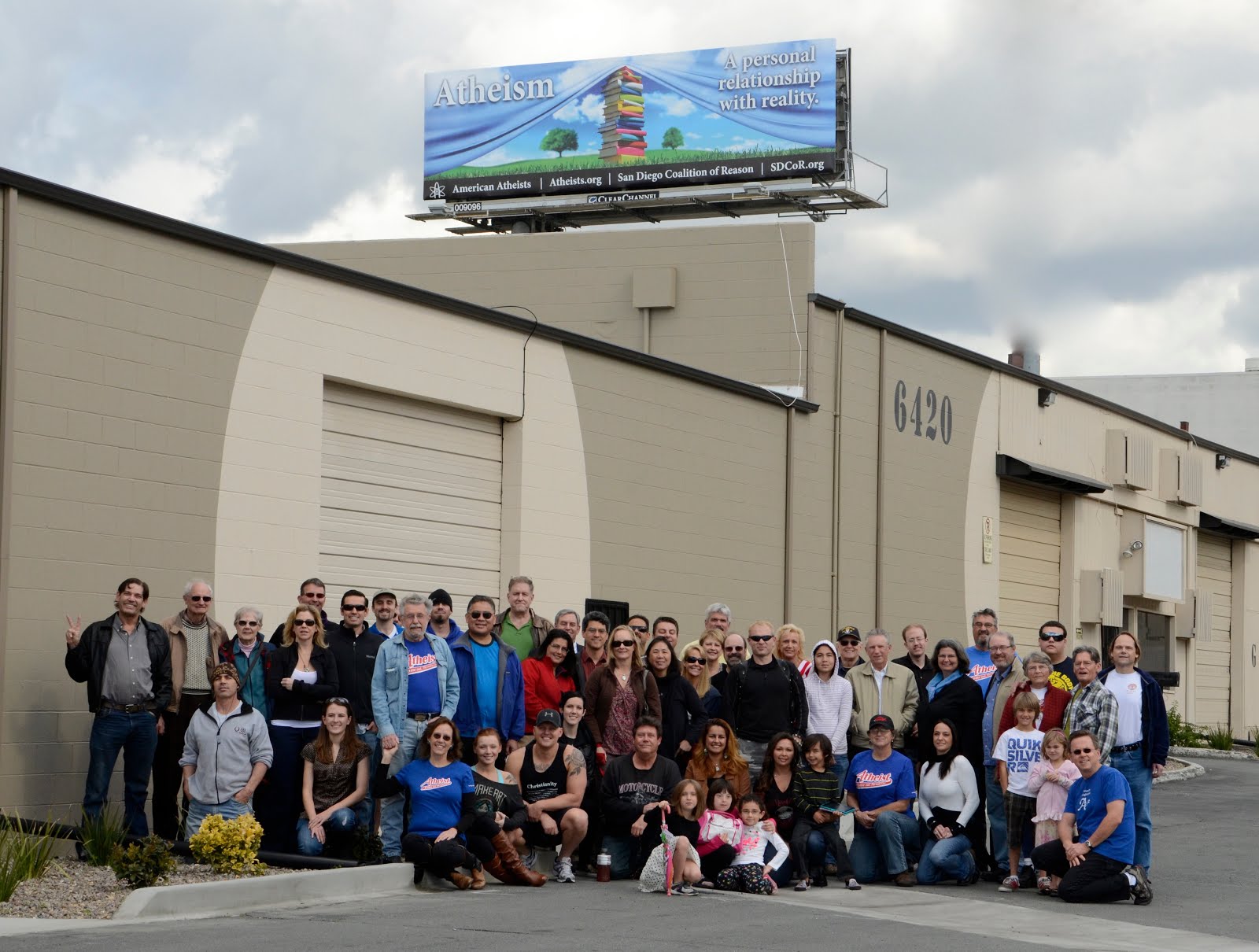 Looks like an awesome group with a lot of diversity in age, gender, and possibly ethnicity (though it’s hard to tell just by sight). In any case, it’s a group I wouldn’t mind joining if I lived in the area 🙂

(via The Lucky Atheist)

February 11, 2013
God Hates All Those Other Dating Sites
Next Post