You all know Nate Phelps — the atheist son of Fred Phelps who has nothing to do with the Westboro Baptist Church and has publicly spoken out against them.

Now, it appears that another two Phelps have followed suit and Jeff Chu has the story of one of them:

For nearly all of her twenty-seven years, Megan believed it: believed what her grandfather Fred Phelps preached from the pulpit; believed what her dad Brent and her mom Shirley taught during the family’s daily Bible studies; believed (mostly) what it said on those signs that have made Westboro disproportionately influential in American life — “God hates fags”; “God hates your idols”; “God hates America.”

I first met Megan in the summer of 2011… She seemed so sure in her beliefs, that I could not have imagined that some fifteen months later, we’d be having a conversation in which she tearfully told me that she was no longer with her family or with the church.

So why did she leave? It started small — someone questioning the literal-ness of one of her signs — and it went from there:

What “seemed like a small thing at the time,” she says, snowballed. She started to question another Westboro sign, “Fags can’t repent.” “It seemed misleading and dishonest. Anybody can repent if God gives them repentance, according to the church. But this one thing — it gives the impression that homosexuality is an unforgivable sin,” she says. “It didn’t make sense. It seemed a wrong message for us to be sending. It’s like saying, ‘You’re doomed! Bye!’ and gives no hope for salvation.”

In December, she went to a public library in Lawrence, Kansas. She was looking through books on philosophy and religion, and it struck her that people had devoted their entire lives to studying these questions of how to live and what is right and wrong. “The idea that only WBC had the right answer seemed crazy,” she says. “It just seemed impossible.”

She’s not an atheist. She’s still working through a lot of her thoughts and she’ll need time to do that. There’s no mention of Nate anywhere in the article, but I hope those two find some way to connect.

In a statement of her own, Megan explained what she’s going through right now: 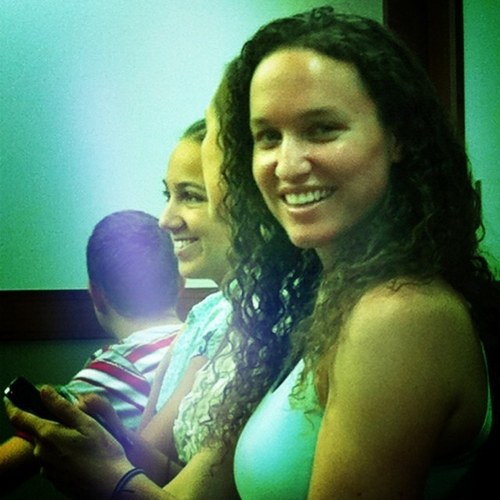 Where do you go from there?

I don’t know, exactly. My sister Grace is with me, though. We’re trying to figure it out together.

There are some things we do know.

We know that we’ve done and said things that hurt people. Inflicting pain on others wasn’t the goal, but it was one of the outcomes. We wish it weren’t so, and regret that hurt.

We know that we dearly love our family. They now consider us betrayers, and we are cut off from their lives, but we know they are well-intentioned. We will never not love them.

We know that we can’t undo our whole lives. We can’t even say we’d want to if we could; we are who we are because of all the experiences that brought us to this point. What we can do is try to find a better way to live from here on. That’s our focus.

It’s a welcome site coming from a Phelps. And it seems like it may only get better.