It’s been a few years since the San Diego Coalition of Reason put up their last billboard: 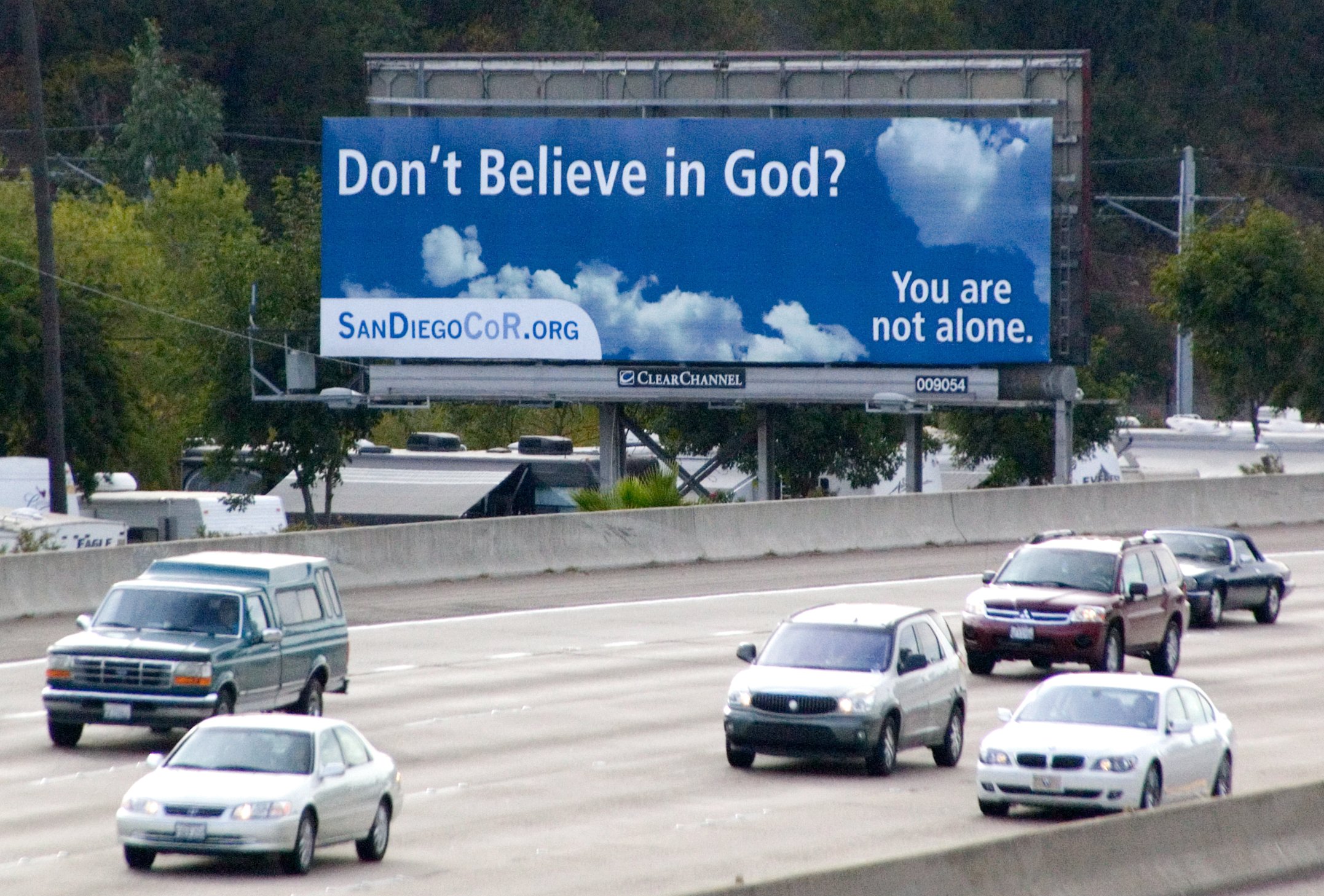 Now, they’re back with a new design (created by graphic artist Bruce Harris) and a new message that’s bound to get all sorts of publicity since it’s modeled after Christians who say they have a “personal relationship with Jesus”: 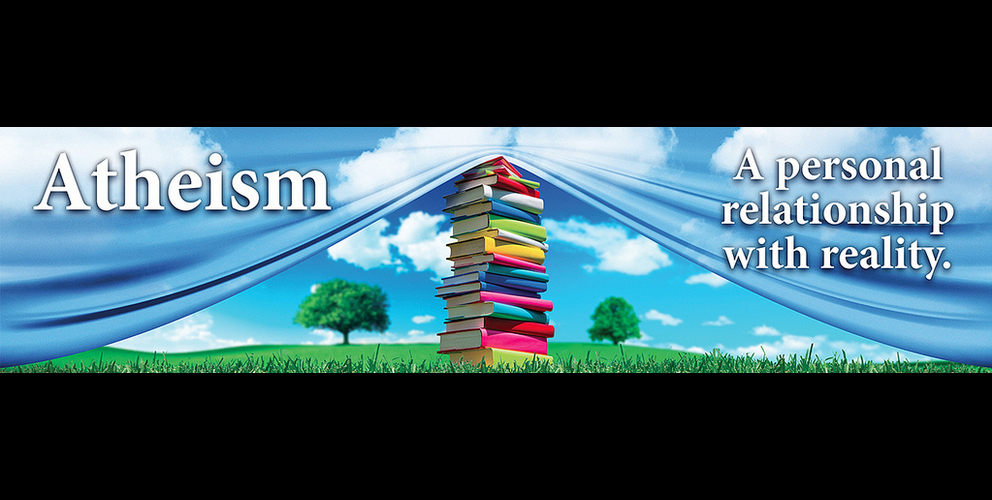 How awesome is that image?

“We want to express how using intelligence to free oneself of the god idea can open the curtain to a inspiring new outlook,” Said Debbie Allen, coordinator for the San Diego Coalition of Reason. “Atheism is positive and offers grounding in the real world.”

David Silverman, president of American Atheists, noted: “With many of our previous billboards, we’ve made it a point to challenge traditional religion. But this time we want to show the other side of our coin, that atheism is a breath of fresh air.”

The sign cost $4,000, will be up for one month on the Martin Luther King Jr. Freeway (SR 94) near College Avenue, and was paid for by American Atheists and local donors.

It’s a great message, too: Raise the curtain, lift the veil, and see what lies beyond faith.

January 30, 2013
FFRF is Suing Florist Who Refused to Deliver Flowers to Young Atheist
Next Post