Sometimes, I hear a conversation so awful that I just don’t know how to respond. This is one of those times. But I’m going to try, anyway.

Here is a clip of two idiotic, misogynistic, small-minded numbskulls who (because the world just isn’t fair) have a radio show of their very own with, I guess, people who listen to it:

The only reason I would recommend actually listening to it is, if you read the transcription — and yes, I painstakingly and painfully transcribed the whole damn thing — and think, “Well, Jessica is making crap up again; Clearly no one could be this dumb!” you’ll realize the error of your ways. Truth is stupider than fiction. 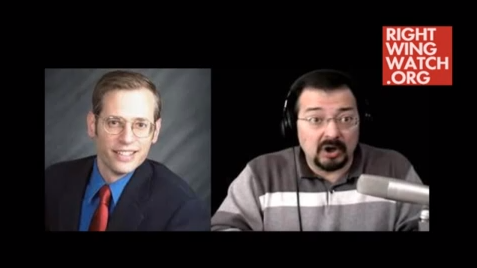 I’m going to go ahead and walk you though the crazy:

Kevin Swanson: And remember the goal is that these women have to be independent.

So, off to a strong start here. “The goal is that these women have to be independent”… I guess that’s fine, right? Independence is great! Even though he said it with quite a bit of snark, I am all for independent ladies!

Wow. Okay, um, I guess the birth control goal is sort of close to true, right? I mean, I’m usually into quality birth control over quantity. (Same for fornication.)

But… the abortion thing? What? The goal is abortion? And if that’s the goal, the morning-after pill will not be too helpful at all.

So, if you’re keeping score, here are the feminists’ goals so far:

Remember, the goal is to get that girl a job because she needs no stinkin’ husband; she’s got the fascist corporation and government-mandated insurance programs and socialist welfare that will take care of her, womb to tomb. Who needs a cotton-pickin’ husband?! Who needs a family? That’s pretty much the worldview that’s dominating, my friends. That’s what the college is all about.

So, as a woman, I want a job so that I don’t need a husband so that a corporation with government-mandated insurance and welfare will take care of me.

So I need a job… so I can get welfare? And if I did have a husband and went on his insurance plan, how would that make the corporation less fascist?

And that, my friends, is what The CollegeTM is all about!

Dave Buehner: Because her feminist professors have told her [that] her husband will abuse her; she will be like a slave to him. Instead, she will just go to the slave market and sell herself, at least sell her body to the highest bidder. See, that’s much, much better.

What classes is this Fictitious Feminist gal taking? I kinda want in on it.

So instead of getting married, all of us single feminist ladies are going out and literally prostituting ourselves. Seriously, I barely ever missed classes in college. I cannot believe I missed the entire “Your Husband Will Hold You In Slavery” unit.

Damn, these men get mad about women not wanting to get married. Like, super mad! Also, there seems to be some confusion that if a woman has a job and isn’t married, she is also on welfare. I know that the gender gap is still 70 cents on the dollar, but does that really qualify me for welfare?

And the sugar daddy thing?! I have to ask again: What college is this? I had no such sugar daddy! What magical world do these men live in that women collect money just for not having penises?

Anyway, yes, two kinds of feminists.  Do go on…

Buehner: Right. And, actually, you’re talking about, perhaps, even a third stream of feminism. There is the Sarah Palin-kind of feminism that wants to have a husband, just not one to submit to.

Sure. Feminist symbol Sarah Palin gets her own brand of feminism.

Swanson: But talk about the two forms of feminism you see that are rising today.

Yeah! Jesus, Dave, get back to the point! Two types of feminism! GO!

Buehner: Right, there are two forms of feminism. And it largely has to do with a division of how attractive a woman is.

So you have the group that is very attractive: They’re in the sororities; they’re going to be in the beauty contests. they’re actually going to get the good jobs. They’re going to be able to leverage their attractiveness in the marketplace because it has a market value. Marketing, you know! It helps market who you are. They are going to proceed.  Now, they will, probably, some of them, going to become the Sarah Palin-style feminists: They’ll get themselves a husband, but they’ll never be dependent on the husband. They’ll never submit to the husband. In fact, they will use their power, probably, to make their husband submit to them.

Yup. Only pretty women in the work force. (How do you think I landed this gig?) And you should come down to my office some time. It’s like the freaking Miss Universe pageant around here!

Minus Donald Trump, of course, cause he’s a d-bag and would not fit in with our pretty, feminist values.

Also, it is clear that marriage is a competition to these guys. Either he’s in charge or he is submitting to his wife’s every whim.

Swanson: Okay, so you have the “Cute Feminists”… Well, now, who are the others?

Yes, Dave!  Who are the others?

Buehner: Well, the other ones are those, we should say are, um, “attractive-deficient”… and, um, they have…

Oh, sure. The uggos have no place in the business world. And, yeah, you really want to link yourself with Rush Limbaugh. He’s a freaking gem.

Buehner: Right, and they’re generally very angry about it because their attractive — or lack of attractiveness — has not given them access to power that they wanted in the marketplace.

Swanson: And they’re certainly not going to get a lot of power, sexually.

Buehner: No, but they can get jobs in the government bureaucracy, they can work as a FDA… administrator or it turns out you can actually run the EPA if you want, or academia. Academia is the best place because you can be angry, ugly, and you can also get tenure! It’s great! It’s, like, the big trifecta!

THIS IS SO SPECIFIC!

If you are deemed unattractive by the Attractive Police, you can either be an administrator for the FDA, the administrator of the EPA, or work in academia. That’s it. Or get married. But wait, you can’t get married because you don’t get a lot of power, you know, sexually. Whatever the hell that means.

I know, I know, I said it before, but what college is this?!?!?! What weird vision of higher education do they have? Because I, for one, had amazing professors. Wonderful, smart women (and men! Do you have to be an ugly, angry man to be a college prof?) who were passionate about their subjects and about educating. This image of old crones bitterly scaring women in a lecture is so absurd, it really is laughable.

Swanson: You’re going to make some people mad about what you’ve just said. There will be some very angry feminists.

Yeah, Kevin. That’s what pushed us over the edge.

Buehner: You mean there will be some angrier feminists.

Swanson: Angrier angry feminists are going to come at you from what you just said, probably from our listening audience, because if we tick anybody off, we’re ticking two different folks off: The feminists and the homosexuals. They can’t stand this kind of stuff.

Something tells me that “the feminists and the homosexuals” do not make up your largest fan-base.

Buehner: Neither one of them have a high regard for the family or for the word of God.

YEAH! We’re destroying society! We feminists are Godzilla and the gays are Mothra and we are just stomping the shit out of the Tokyo that is family values!

Or, I don’t know, did Godzilla and Mothra fight each other or team up? Maybe we’re like the Emperor and Darth Vader and family values is Alderaan?

No! I got it! We’re Sauron and the gays are Sauramon and family values is Middle Earth and these two guys are Frodo and Sam and are trying to save the Shire (or, the Bible belt, if you will) and birth control is the Orks and abortion is the Uruk-hai.

Sorry, what was I talking about?

Buehner: They systems we are living in are coming down before our very eyes.  The fiat currency won’t last, the corporate economies, they are gonna collapse. What will last will be those who go back to a Biblical worldview.  I believe that history will look back on this period of time and will look at feminism and they’ll say, “There was a time in which women lost the love of their children. They no longer cared about having children, they no longer loved their children, they no longer loved their husbands.” Where, for all of history, women very much cared about protecting the family. Now, they only cared about themselves. They were riled up into a froth about how they were victims of society, of patriarchal society, and they decided to become selfish, narcissistic, family-destroying whores.

Saying feminists don’t care about having children is one thing.   A lot of feminists may chose not to have children, which is fine by me.

However, the implication that a someone who believes that women deserve every opportunity that a man gets suddenly hates her children is just vile.

If so, I’m perfectly fine with that.