After an Atheist Gets Elected to Public Office, His First Challenge is Taking the Oath January 18, 2013 Hemant Mehta

After an Atheist Gets Elected to Public Office, His First Challenge is Taking the Oath

Randall Hayes is an atheist who recently got elected as an alderman in Atlanta, Louisiana. (Big cheers!) 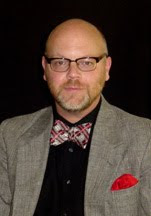 Before he could take office, though, he had to recite the Oath written in the Louisiana Constitution and sign a document with the words written on it:

Well, Randall wasn’t about to say those last four words or sign the statement as is, but he also didn’t want to cause a scene the day of his inauguration:

Although I was confident that I would have no trouble getting through the spoken affirmation without violating my conscience, I wasn’t so sure about the Oath of Office form that public officials in Louisiana are required to sign. That form reproduces the words of the Oath of Office, with the phrase “so help me God” printed immediately before the blank for the public official’s signature. I could easily omit the religious language from the spoken affirmation, but I couldn’t so easily omit the religious language from a pre-printed form that I was supposed to sign.

You can read about how all of this went down on his site.

We can take a few important lessons away from all this:

Running for local office is an important civic duty and atheists shouldn’t shy away from it.

You don’t have to recite the Oath they give you even if it looks like it’s written in stone.

No lawsuit has to be filed to get your way. Sometimes, asking nicely does the trick.

You can change the Oath while still being respectful and courteous in the process.

Hats off to Randall for handling this whole situation so well!

January 18, 2013
In the Philippines, the Catholic Church is Hastening Its Own Demise
Next Post