I Love This High School Newspaper’s Article About the Rise of the ‘Nones’ January 9, 2013 Hemant Mehta

The Hockaday School is a private boarding school for girls in Dallas, Texas (I’m picturing something like the place Rory attended in Gilmore Girls). A while back, I spoke to Katie Payne, an editor for their student newspaper, for an article she was working on about why people turn their backs on religion.

That article is now online: 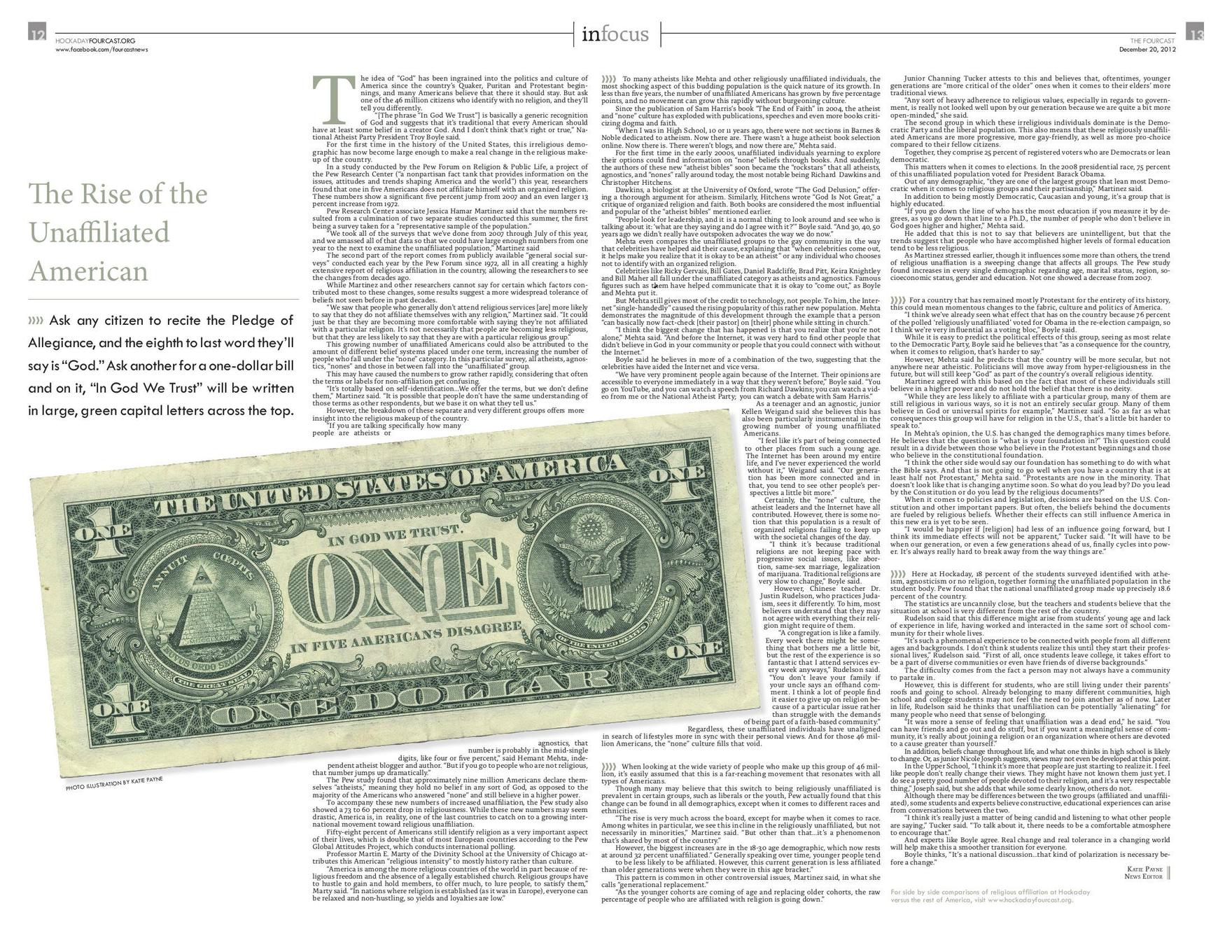 To many atheists like Mehta and other religiously unaffiliated individuals, the most shocking aspect of this budding population is the quick nature of its growth. In less than five years, the number of unaffiliated Americans has grown by five percentage points, and no movement can grow this rapidly without burgeoning culture.

Since the publication of Sam Harris’s book “The End of Faith” in 2004, the atheist and “none” culture has exploded with publications, speeches and even more books criti­cizing dogma and faith.

“When I was in High School, 10 or 11 years ago, there were not sections in Barnes & Noble dedicated to atheism. Now there are. There wasn’t a huge atheist book selection online. Now there is. There weren’t blogs, and now there are,” Mehta said.

As someone who worked on a high school newspaper and has seen many more papers at other schools, trust me when I say it’s rare to see this kind of depth in any student-written article. (Hell, most schools wouldn’t even dare to allow such a controversial topic to be covered.)

That said, my favorite part of the whole layout may be that beautiful modified image of a dollar bill referencing our shifting demographics (also created by Katie):

Kudos to Katie and the newspaper staff for doing such a great job with their coverage.

January 9, 2013 Louie Giglio, Who Thinks Laminin Molecules Prove Christianity is True, Will Deliver Obama's Inauguration Benediction
Browse Our Archives
What Are Your Thoughts?leave a comment