I wanted to start this post with “Is nothing sacred?” but seeing as I write what I write about, I just couldn’t get past the irony.

I discovered Rufus Wainwright‘s cover of Hallelujah when I was a sophomore in high school. Because I am a regular person with ears, I immediately fell in love with it and used to drive around the suburbs in my Oldsmobile listening to it and feeling like this song got me. Over a decade later, I still just adore it.  In fact, I recently dusted off my keyboard and set about teaching myself the Wainwright version.  (It’s not going great, but my boyfriend is really enjoying hearing the opening melody 289 times in a row.)

My point being, this song is awesome.  It’s sad and beautiful and heartbreaking.  I’ve listened to several different versions since I started writing this post.

I am not about to do any kind of analysis of Leonard Cohen‘s lyrics, but look at this:

I mean… come on.  Beautiful.

Who could ever try to “improve upon” these lyrics?

Do you see what I am ramping up to? 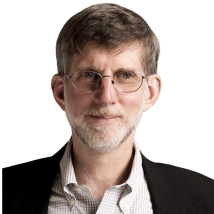 His thought? Not Christian enough. I guess it’s time to take a look at Olasky’s thoughts about the song.

Not a great start. Taking a song “captive” does not present such good imagery.

Come on, Marvin! This has nothing to do with the rest of your article!

Atheists don’t exist. Everyone believes in a god of some sort. Atheists even know that God exists. Chapter 1 of Romans tells us that, and so does a piece of lesser evidence: “Hallelujah,” a song written by Canada’s Leonard Cohen, initially released 28 years ago but decade by decade resonating ever more powerfully.

Let’s cut to the point of his article. Marvin decided that it was high-time to update Cohen’s lyrics because “great tunes should not be wasted.” So he is offering “the world some improved lyrics to ‘Hallelujah'”
Seriously, Marvin is Weird Al-ing Hallelujah.

Presented, without further commentary, are his new lyrics:

I’ve heard there was a secret chord
That David played, it pleased the Lord.
But You don’t love us for our music, do You?
Sin goes like this: The fourth, the fifth,
Adam’s fall, the major rift,
The baffled king neglecting Hallelujah.

Nathan said, “I see your lust.
You violate a soldier’s trust.
Your pride, your pomp, at night they overthrew you.
You steal, you kill, you get your way,
But God has said, your child will pay,
And from your lips He’ll draw the Hallelujah.”

David prayed, “Have mercy, Lord,
You saved me from Goliath’s sword.
Yes, I lived for self before I knew you.
Now, more evil in your sight,
So I give up, I cannot fight.
Mine’s a cold and broken Hallelujah.”

“Blood your hyssop, I’ll be clean.
Wash me so my sin’s not seen.
Give me of your Holy Spirit, will you?
Create in me a new, clean heart.
Give me now a strong, fresh start,
So every breath I draw is Hallelujah.”

“You don’t delight in sacrifice.
You don’t excuse our secret vice.
You want from us a broken spirit, do you?
You’ve shown me what I did was wrong.
I’ll stand before You, Lord of song,
With nothing on my tongue but Hallelujah.”
Chorus: 8X Hallelujah

Don’t feel like reading? No worries! Some people recorded his version!

I made it through 33 seconds of that. And now my ears hurt.

(Thanks to Mary for the link!)

January 7, 2013
Church of England Will Allow Gay Men to be Bishops... On One Crazy Condition
Next Post

January 7, 2013 If You'd Like to Help Create the Secular Coalition for Illinois...
Browse Our Archives
What Are Your Thoughts?leave a comment