This is a guest post by Bridget R. Gaudette. Bridget was a contributor to the book, BlackNones, a book highlighting black atheist conversion stories.

[Note from author:] A few months ago I was fortunate enough to have lunch with Mandisa Thomas, the President of Black Nonbelievers. One thing that struck me during and after the lunch was how differently we were raised regarding religion. While my parents felt that heavy indoctrination was proper, Mandisa said that religion just wasn’t that important in her household. I was pretty shocked. I realized that I was guilty of putting all blacks into a super-religious category, when in reality, all of our experiences are unique.

When it comes to black speakers at atheist/skeptic/humanist/secular conventions, there are only a handful that get consistent invitations as a show of diversity, but there are dozens that have varied experiences and expertise to share. Although being a black atheist has specific challenges, a few people hardly represent the many shades of black atheism that exist.

Each week, I will highlight one black atheist in a series called “Shades of black atheism.” I chose this title because, well, we are literally different shades, but also because we have unique stories. Some of us were raised in upper-middle-class secular households, while others were raised in cults or fundamentalist churches. Some of us were raised in the islands while others grew up in Africa. One barrier to diversity within the movement is access to participants. I am partially addressing this by providing panelists and speakers and stories from black atheists across the U.S. to call upon. If you organize atheist/skeptic/humanist/secular events, I offer you this resource.

To learn about other black atheists or to join one of the many online communities for our community, please visit any of the following:

Lauren Anderson Youngblood is the Communications Manager for the Secular Coalition for America. I’ve started this series with her for very specific reasons:

Lauren was born into a freethinking family. Her mother is culturally and ethnically Ashkenazi Jewish and her father is a Baptist-raised African-American who now considers himself agnostic. Lauren is a mother and a former journalist.

Since childhood, Lauren has considered herself an atheist — a decision she made after years of thought on the issue that originally stemmed from other kids telling her that she was going to hell. As much as she tried, she couldn’t rationalize the idea of a God. She remembers thinking that she wished her parents just gave her a religion because it would have been so much easier. Then, she wouldn’t have been left to grapple on her own with these philosophical questions of life. As an adult she can now appreciate that she wasn’t raised with a specific religion’s dogma. It has allowed her to determine her own path and fostered critical thinking skills from an early age.

That being said, she does identify with Judaism from a cultural perspective and even lived in Israel for three years (where she holds dual citizenship). She earned her undergraduate degree from Howard University, a historically black institution, and did postgraduate work at Tel Aviv University. Because of these experiences, she believes that she has a unique insight into the role religion plays socially and culturally on both sides of her own ethnic heritage.

The maternal side of Lauren’s family knows that she is an atheist, as are they. This includes the bulk of her extended family. Her maternal grandfather who died this year had a lot of pride in being ethnically Jewish, but was a life-long atheist. Their conversations on some of the absurdities of religion and its role in politics and public life were one of the things she enjoyed most about their relationship. When he died, he left her nearly every book written by Carl Sagan, Richard Dawkins, Christopher Hitchens, and many others, filled with his handwritten notes. She remarked that every time she reads them, “it’ll be like he’s right there” with her sharing his thoughts.

Lauren’s father’s side is not the same. They know and have known for decades that she is a “heathen” and learned to accept it long before she was old enough to understand it could even be an issue. However, it does not affect her relationship with them. They generally don’t talk about religion, and when they do, it’s more of a philosophical debate than anything else. She said her biggest problems with family members not accepting her atheism have come not from her biological family, but from her in-laws who hold every negative stereotype of nonbelievers that exists. As she’s become more open in her nonbelief, certain aspects of the relationship have become more strained and uncomfortable. 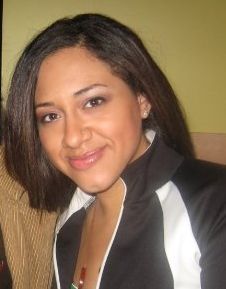 Lauren’s husband is black and was raised Catholic. When she first told him she was an atheist, he was shocked and insisted it couldn’t really be the case. She didn’t fit the stereotypes he held of nonbelievers and he had trouble reconciling those stereotypes with the reality. As he came to understand nontheists and how they approach the world, he has grown to have a great deal of respect for the nontheist community and has become quite a cultural ambassador for many of our causes and issues. After countless hours of philosophical, political, and theological debates and discussions, his views on religion have changed dramatically. Today he still believes in a “higher power” but not necessarily in a “personal god” and considers himself a secularist. Over the years, he has also begun to shed the cloak of fear the church indoctrinated him with since childhood and now takes a more honest look at religion and its place in his life and in society in general. Sadly, many children who grow up with religion — including Lauren’s husband — are taught that the act of inquiry itself is punishable by hell and so critical thinking is discouraged. It requires an entire adjustment in thinking to overcome.

Due to the prominent position that the church holds in the black community, Lauren feels that the black atheist experience is different from non-black atheists. She expounded:

In no uncertain terms it is flat out unacceptable to be an atheist in most black social groups. A lot of it is due to social influences, but much is also due to historical influence… [Few] can disagree that for many blacks — from slavery through Jim Crow — church was one of the only places it was safe, and sometimes legal, for blacks to congregate. Because of this reality, and out of lack of other options, many political and social movements started in the church. Additionally, despite the many gains made by the black community, blacks still face many seemingly insurmountable obstacles, from institutionalized racism to educational, economic, and health issues. When you have a tough life, it’s comforting to believe that there is a larger reason for your struggles and that there is a reward waiting for you if you can just hold on until the end.

Lauren believes that due to these reasons and others, black ethnic culture and black church culture are viewed almost as one in the same. For many black atheists, rejecting religion is also seen as a rejection of their heritage, which makes it that much more difficult — and lonely — to come out.

When asked whether she believes the secular community needs race-focused groups, she said:

We can benefit from many niche subgroups, including race-based groups. People feel the most comfortable and accepted when they are surrounded by those they can relate to. The life experiences of a black atheist may be different from that of a military atheist, which may be different from that of a gay atheist, and so on. But within those niche groups they will have shared experiences that can offer a much-needed sense of community. When people feel they have a safe haven of others who accept and relate to them, they are more likely to ‘come out,’ which makes our entire community stronger. The goal would then be to bring everyone together on the larger issues we all can relate on.

At last year’s American Atheists convention, blogger Greta Christina said something that Lauren thinks of often. Paraphrased, it’s the idea that “sometimes when you come out to someone, you may find that the response is ‘me too’.” Lauren has found this to be true (I also struggle with this), even among African Americans, although they are often less comfortable using the word “atheist” because of its severe negative stereotypes in the community.

Lauren admits that coming out is easier said than done:

[Black atheists] may feel that they are completely alone, and coming out will only isolate them from family and friends. And for many, this unfortunately will be the case. But coming out is a way to identify others you can relate to and be your true self. It also helps to pave the way for others to come out and combats negative stereotypes about nontheists so that one day it hopefully will no longer be an issue. For example, my alma mater Howard University now has a secular student group, something I would have thought unthinkable during my time there 10 years ago. So there is progress being made, slowly but surely.

January 1, 2013
When Mormons Knock on a Christian's Door, Hilarity Ensues
Next Post

January 1, 2013 Is 2013 An Unlucky Year?
Browse Our Archives
What Are Your Thoughts?leave a comment