Four billboards went up in the Roanoke, Virginia more than a week ago, sponsored by the Blue Ridge Coalition of Reason

One of them, in the city of Salem, was vandalized a couple of days after it went up when someone spraypainted over the word “Don’t”:

That billboard has since been replaced.

Now, a second billboard has been vandalized. This time, the vandal put duct tape over selected letters in the word “Don’t” so that the message now says “Do believe in God? Join the club”: 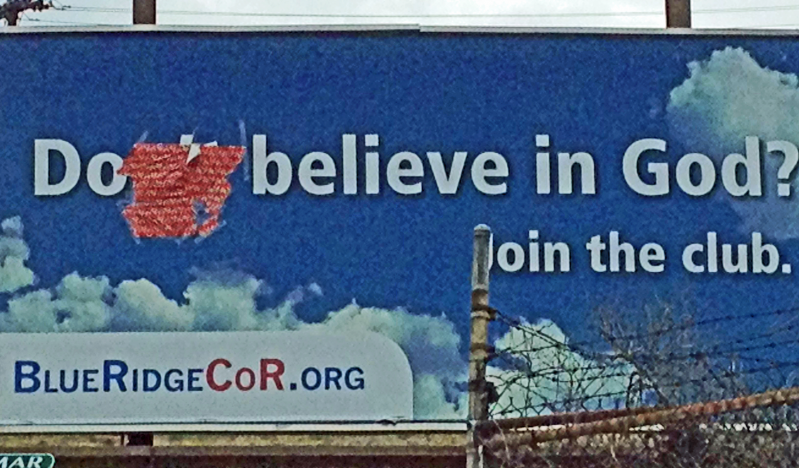 “Once again we are sadly reminded of how necessary our message is,” said Paul Hoyt, coordinator of Blue Ridge CoR. “While atheists haven’t been known to vandalize religious billboards, there are a number of cases of atheist billboards getting vandalized for obvious religious reasons. And now this is being done, of all times, when both atheists and religious people are celebrating the holiday season.”

United Coalition of Reason is in contact with Lamar Outdoors about getting the billboards replaced. No church has stepped up to help cover the cost of the replacement signs.